Prince Harry definitely seems like Prince Charming and judging by the latest reports surrounding the 34-year-old, he really is a dote.

As royal fans are probably aware, there's been a lot of negative attention surrounding Meghan Markle at the moment and to be honest, it seems a bit harsh.

END_OF_DOCUMENT_TOKEN_TO_BE_REPLACED

It's been suggested that staff working at Kensington Palace have termed the mum-to-be Duchess Difficult because apparently, she's made a couple of requests and again, there's also said to be tension between with her and Kate, Harry's sister-in-law.

Again, we're taking these rumours with a pinch of salt but at the same time, we have to talk about Prince Harry's reaction to the negative attention and yes, he is a true PRINCE.

He just wants to shield and protect his wife from all the chaos and yeah, that's a pretty understandable way to react. 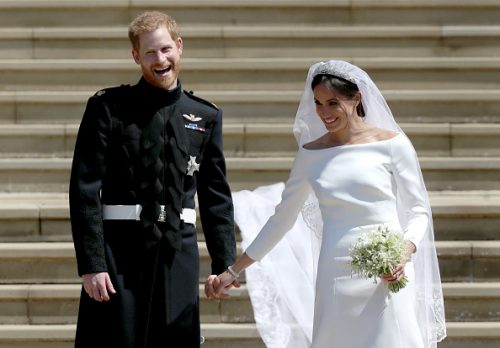 According to US Weekly, a source close to Harry explained:

"It has put pressure on her relationship with Harry. He’s very frustrated with how little can be done.

This isn't the first time Prince Harry has tried to protect his wife from negative rumours and reports.

Back in 2016 when reports first started to emerge about their relationship, he released a statement via Kensington Palace where he said that he was "deeply disappointed" that he was unable to protect her.

You can read that statement in full here.