Prince Harry and Meghan Markle have named their dog and of course, it's adorable

The Duke and Duchess of Sussex have welcomed a new member to their family.

Last week we learnt that the royal pair got themselves a new labrador to live with them in Kensington Palace and their country home in the Cotswolds.

A source told the Daily Mail:

‘The dog is already happily ensconced at their cottage.

"Like the Sussexes, the dog will divide its time between the palace and their country home in the Cotswolds."

Aww. And now, we know the name of the new puppy and guess what, it's not anything regal in fact, it's actually quite adorable. As the pair decided together to call the dog Oz.

END_OF_DOCUMENT_TOKEN_TO_BE_REPLACED

According to USA Today, calling the dog Oz has some connection to do with author Sally Bedell Smith, who has written several biographies about the royal family.

Before moving to the UK, the Duchess of Sussex had two rescue dogs, Guy and Bogart which lived with her in Canada. Sadly however, Bogart was deemed too old to move to the UK and therefore only Guy, Meghan's beagle, made the big move alongside the royal. 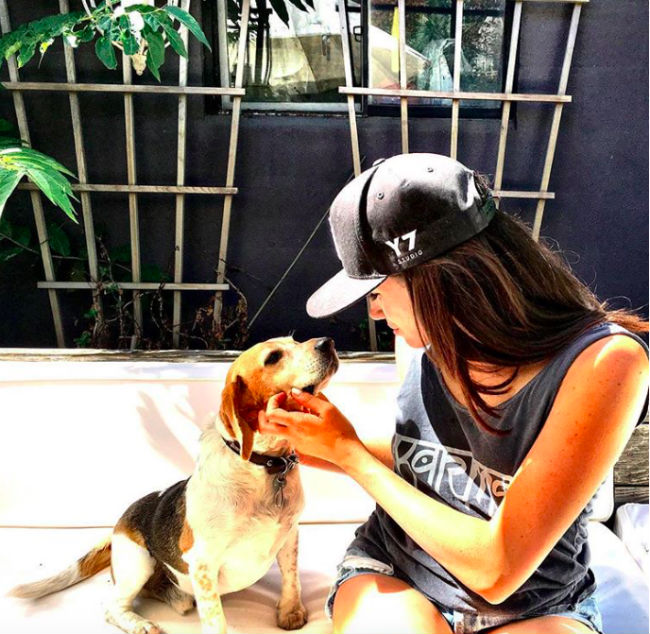 We're still unaware as to whether or not this new addition is too, a rescue dog or if we'll get to see him anytime soon. Hmm, fingers crossed. We're already swooning at the idea of Prince Harry holding the little puppy. Dreamy eh?

popular
Woman dies four days after proposal after using wrong spoon to stir tea
S Club 7's Hannah Spearritt and children left homeless after being forced from home before Christmas
Naked Attraction host left speechless after seeing contestant with 'world's biggest penis'
Woman spots dead husband in promo video for Indian restaurant
"I feel like I lost myself": Nathalie Lennon on her mental health struggles and her latest project with Pieta
Redhead girl stabbed with scissors at school 'because of colour of her hair'
Molly-Mae Hague fans think they officially know her baby's name – and it means cloud
You may also like
2 weeks ago
Prince Harry wants his kids to have a good relationship with the royal family
2 weeks ago
Prince Harry shares heated text exchange between Meghan and Kate
2 weeks ago
Prince Harry speaks out against Jeremy Clarkson's Meghan Markle article
3 weeks ago
Prince Harry claims Prince William knocked him to the ground during row over Meghan
3 weeks ago
Meghan Markle set to release her own 'bombshell' memoir
3 weeks ago
Prince Harry says he wants 'father and brother back' in bombshell ITV interview first look
Next Page