Previously, it was reported that Prince William told Harry to not rush into anything when he announced his plans to marry Meghan Markle and it seems that Prince Philip also had some advice.

Not just any old line though as Prince Philip reportedly told his grandson that marrying Meghan was a bad idea.

Because in his eyes, marrying an actress isn't a good idea. 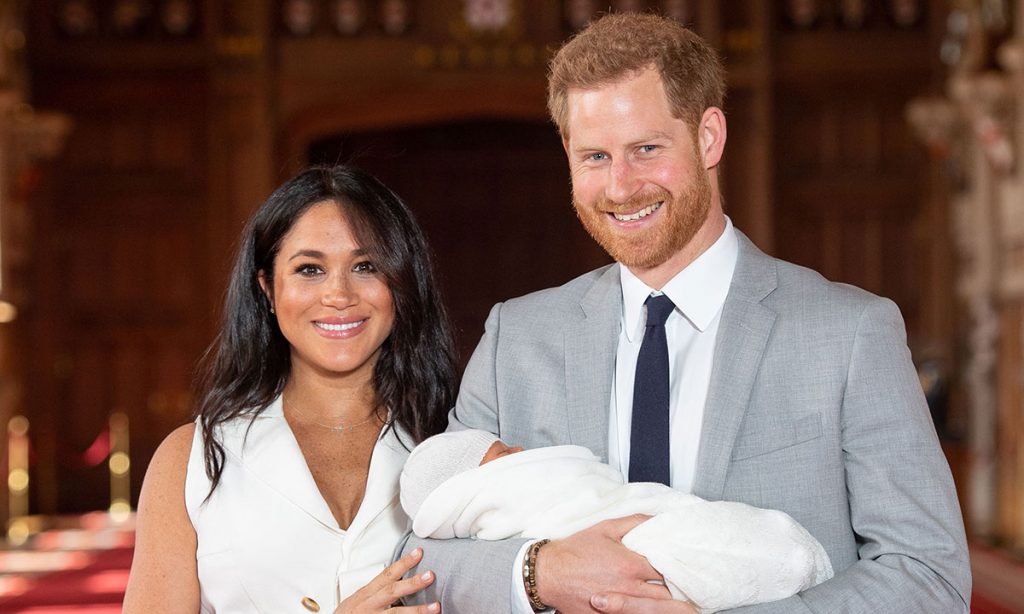 The Sun reports that he told Harry:

"One steps out with actresses, one doesn’t marry them".

It's thought that the Duke of Edinburgh made the remarks when it became obvious that Harry's relationship with Meghan Markle, a former Suits star, was going from strength to strength.

Harry, of course, ignored the advice and went ahead with his decision to propose to the American actress.

END_OF_DOCUMENT_TOKEN_TO_BE_REPLACED

And as we all know this story has a fairytale ending with the couple welcoming their first child, Archie, at the beginning of May.

The Duke of Edinburgh featured in one of the first photos of baby Archie too alongside Harry, Meghan, the Queen and Doria Ragland, Meghan's mum.

Meghan also referenced Prince Phillip at the photocall where baby Archie was first introduced to the world, saying that they had just run into him and it was lovely that he was one of the first to meet their son.

So while he may have had his reservations to begin with, it's clear that everything worked out for the best.

The Duke and Duchess of Sussex are pleased to announce they have named their first born child: Archie Harrison Mountbatten-Windsor This afternoon Their Royal Highnesses introduced Her Majesty The Queen to her eighth great-grandchild at Windsor Castle. The Duke of Edinburgh and The Duchess’ mother were also present for this special occasion. Photo credit: Chris Allerton ©️SussexRoyal

Girls With Goals || Her · Ep.161: Feeling Peachy - Sharon Keegan of Peachylean on being an absolute BOSS!
popular
Jennifer Lopez just shared a steamy snap of herself and Ben Affleck – and WOW
Emilia Clarke is set to be the next Marvel superhero
Here is why you should always take a picture of your oven before you go on holidays
Sunburned? Eating these 5 foods will help your skin heal from within
Bride dislocates her leg during her first dance in viral clip
The sad reason why viral gymnast, Katelyn Ohashi, isn't on the USA Olympic team
Jennifer Lopez and Ben Affleck just became Instagram official
You may also like
1 week ago
Meghan Markle is producing her own Netflix series
1 month ago
Meghan was right to say Archie "won't be a prince" under Prince Charles
1 month ago
Prince William "threw Harry out" after "fierce and bitter" argument
1 month ago
Meghan Markle will not be returning to the UK this summer with Harry
1 month ago
Why we probably won't see a first picture of Meghan and Harry's baby girl for a while
1 month ago
"Very old" human bones found near Harry and Meghan's home
Next Page