Prince William proposed to Kate Middleton back in 2010 but we're hearing new details about it now.

The Duke of Cambridge, aka Prince William, made a speech at a Buckingham Palace reception on Monday evening, marking the beginning of the UK-Africa Investment Summit.

His speech focused on the ties between the UK and Africa and how they were working together for common goals but amidst this came a very sentimental detail.

END_OF_DOCUMENT_TOKEN_TO_BE_REPLACED

The royal family are alway stoic and very proper and personal stories or details are rarely used in official speeches.

However, it's refreshing to see a deviation from this and of course, fans of the couple are only delighted to learn more about how Prince William popped the question.

"When deciding where best to propose to Catherine, I could think of no more fitting place than Kenya to get down on one knee". 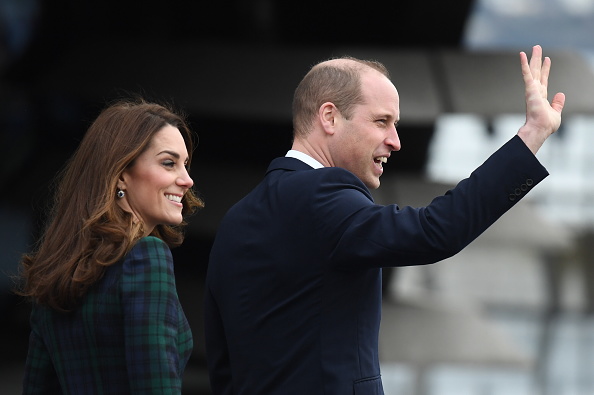 Although the couple did chat briefly about their proposal at the time during an interview with journalist Tom Bradby, William didn't go into much detail about the proposal itself.

It's thought that the special moment happened at a secluded romantic destination, Rutundu Cabin at the foot of Mount Kenya, to be exact.

Prince William even carried his mother's stunning diamond and sapphire engagement ring in his rucksack for three weeks at the beginning of their holiday, which he spoke out in their post-engagement interview. 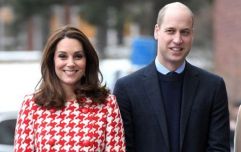 END_OF_DOCUMENT_TOKEN_TO_BE_REPLACED

According to reports, they left a signed note in the cabin's guestbook afterwards and judging by Kate's description of the "warm fires and candle lights", it was the perfect place for such a memorable occasion.

During William's speech earlier this week, he made a brief mention of the plans he and his wife have to bring their three children - George, Charlotte and Louis, to Africa. It's clear that the country means a lot to them both, for multiple reasons.

Girls With Goals || Her · Ep.151: 'A Story Shared' - Aoife P. Rafter on blogging during a pandemic and living with CF
popular
Around the world: The most popular baby names in major cities across the globe
Someone has ranked the penis size of men from all over the world
Netflix announces new true crime documentary series: The Vanishing At The Cecil Hotel
Matt LeBlanc And Matthew Perry Reveal Reason Why They Didn’t Attend Jennifer Aniston’s Wedding
Not petite or plus size? 4 'mid-size' style influencers you should follow on TikTok
"The female gaze is brilliant:" Why Phoebe Dynevor is proud of Bridgerton's sex scenes
Here's what happens on every day of your menstrual cycle (roughly)
You may also like
1 month ago
Kate Middleton and Prince William's dog, Lupo, has passed away
2 months ago
Dress worn by Kate Middleton while visiting Ireland named 'Dress of the Decade'
8 months ago
A royal expert has revealed Kate's underwear choice for looking put-together
9 months ago
Kate Middleton's stunning pink suit is from M&S and it's still in stock
10 months ago
The Duchess of Cambridge has revealed Prince Louis' favourite song (and it's a classic)
10 months ago
Kate Middleton and Prince William share adorable photo from their tour of Ireland
Next Page