A lot has changed since the couple tied the knot in 2011.

The Duke and Duchess of Cambridge mark their tenth wedding anniversary today.

In light of the occasion, the couple shared two never-before-seen portraits by photographer Chris Floyd. 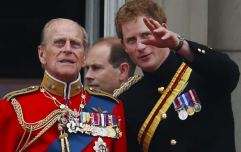 END_OF_DOCUMENT_TOKEN_TO_BE_REPLACED

The new photos were taken at Kensington Palace.

In one of the pictures, Prince William and Kate Middleton are wearing blue tones, which is a nod to the outfits they wore when they announced their engagement back in 2010.

In a statement on behalf of the royal family, Queen Elizabeth sent her congratulations to the Duke and Duchess as they celebrate ten years of marriage.

Wishing The Duke and Duchess of Cambridge a very happy wedding anniversary.

It may be hard to believe, but William and Kate did in fact tie the knot on this day in 2011.

END_OF_DOCUMENT_TOKEN_TO_BE_REPLACED

Their royal wedding at Westminster Abbey was watched by millions, both in the United Kingdom and around the world.

A lot has changed for the royal family since their April wedding.

The couple celebrated Prince Louis's third birthday last week by sharing new photos taken by Kate Middleton herself. The baby of the family followed in his older siblings footsteps as he started attending the Willcocks Nursery School in Kensington. 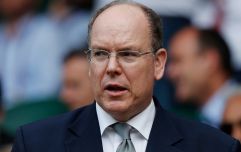 END_OF_DOCUMENT_TOKEN_TO_BE_REPLACED

The past year has been an eventful one for the royal family, to say the least.

Earlier this month, William and Kate joined members of the royal family at the funeral for Prince Phillip, the Duke of Edinburgh. The Queen's late husband passed away peacefully in his sleep on April 9.

Prior to that, the royal family were headline news for weeks following Prince Harry and Meghan Markle's tell-all interview with Oprah Winfrey.

Prince William responded to allegations of racism made against a member of the family by saying that they are "very much not a racist family".

popular
The countdown is on! 10 things we'll be racing to Penneys for when they open
Someone has ranked the penis size of men from all over the world
Love is dead... Shakira and her husband Gerard have reportedly split
Doctors warning young people against 'sun cream contouring' TikTok trend
Penneys shopping by appointment booking portal is now live
More footage of Tristan Thompson cheating on Khloe has emerged
James Franco Has Opened Up About His Relationship With Lana Del Rey
You may also like
1 week ago
Prince Charles reportedly "freezing out" Prince Harry
2 weeks ago
3 today! The Duke and Duchess of Cambridge have shared a new picture of Prince Louis
2 weeks ago
The Queen "deeply touched" by support following Prince Philip's death
3 weeks ago
30 guests confirmed for Prince Philip's funeral
4 weeks ago
Tributes pour in following the death of Prince Philip
4 weeks ago
Prince Philip has died at the age of 99
Next Page