Sources have said that Her Majesty has been left "devastated."

One of the puppies given to the Queen to keep her company while Prince Philip was in hospital has died.

Fergus, a dorgi gifted to the Queen by her son Prince Andrew, was only around five months old and sadly passed away at the weekend. 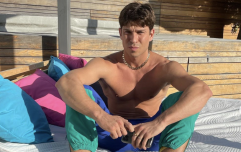 END_OF_DOCUMENT_TOKEN_TO_BE_REPLACED

Mail Online reports that sources have said the Queen has been left "devastated" by its passing. It comes just two months after she said goodbye to her husband Prince Philip at his funeral.

It is not known how the dorgi - a Dachshund and a Welsh Corgi mix - died.

Her Majesty named him Fergus after her maternal uncle Fergus Bowes-Lyon, who died in France whilst fighting in World War One.

Prince Andrew gave his mother a second dog, a corgi called Muick, alongside Fergus in a bid to cheer her up whilst Philip was in hospital recovering from heart surgery. 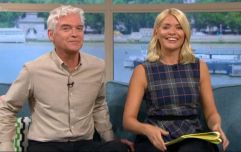 This Morning viewers were ALL howling laughing during today's episode

END_OF_DOCUMENT_TOKEN_TO_BE_REPLACED

A source told the Sun: "The Queen is absolutely devastated.

"The puppies were brought in to cheer her up during a very difficult period.

"Everyone concerned is upset as this comes so soon after she lost her husband."

Just a few months ago the Queen lost another of her beloved pets, Vulcan, who was also a dachshund-corgi cross. Vulcan had been the Queen's pet since 2007. He died a few weeks before Christmas.

Throughout her reign, the Queen has owned more than 30 pets. However, in 2015 an informal advisor to Her Majesty said that she would no longer be replacing her corgis as she did not want to leave any behind when she dies.

popular
Molly-Mae Hague fans think they officially know her baby's name – and it means cloud
Baby found unattended in pram in Dublin, Gardaí reveal
"I feel like I lost myself": Nathalie Lennon on her mental health struggles and her latest project with Pieta
Joanna Cooper heartbroken after her mum is diagnosed with dementia
Tasha Ghouri hits back at another islander who called her relationship fake
Blake Lively cast in film adaption of It Ends With Us
Anne Hathaway shares disappointing news about The Princess Diaries 3
You may also like
4 weeks ago
Long-lost dog siblings accidentally reunite on Kerry beach on Christmas Day
1 month ago
The food safety tips you need to know for your dog this Christmas
1 month ago
29 puppies rescued from illegal trafficking at Belfast Port
1 month ago
Watching Bridgerton can help your dog relax, apparently
2 months ago
The dos and don'ts of keeping your pets safe this Halloween
3 months ago
Dogs Trust appeal for support after taking in 54 puppies in 3 weeks
Next Page