As we all know, being a member of the British comes with fame and money.

But it also comes with a lot rules and regulations.

These can be tricky enough to follow if you didn't grow up surrounded by royalty.

Which explains why Meghan Markle is still on a journey in terms of carving out her royal life.

The Duchess has always been an activist, fighting for women's rights since she was a child.

However, Katie Nicholl, author of Harry: Life, Loss and Love, reckons that if Meghan Markle starts getting political she’ll be in trouble.

"There’s no problem with Meghan speaking out on feminism, social justice and equality issues, but if she starts getting political she’ll be in hot water."

"The Queen is politically neutral. She expects her family to do the same."

In 2016, Meghan Markle actively supported Hilary Clinton's bid for the presidency of the US. 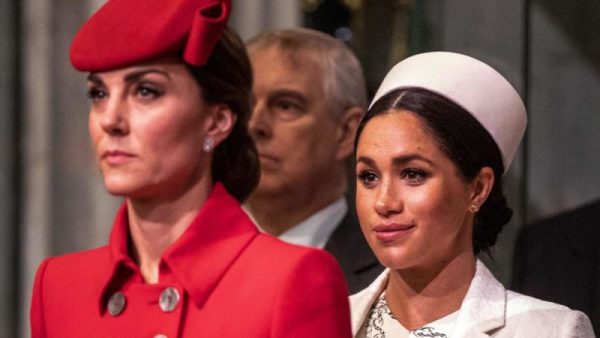 She has also worked as an ambassador for United Nations Women and the charity World Vision.

However, while they must keep away from the politics, it seems as though the whole family shares an interest in activism.

"Harry and I see the world so similarly in our approach of being very hands-on with things."

popular
QUIZ: Can you guess the Disney movie from its opening line?
Ghislaine Maxwell, former girlfriend of Jeffrey Epstein, arrested by the FBI
"I never thought it would be cancer": Stage 4 melanoma patient recalls receiving her diagnosis
6 steps for treating acne in adulthood, according to a skin therapist
A comprehensive breakdown of the Shane Dawson/Jeffree Star/Tati Westbrook 'Karmageddon' drama
CONFIRMED: Ozark to return for an expanded fourth and final season
Milkshakes and bacon double cheeseburgers are back at McDonald's next week
You may also like
1 month ago
The 'romantic' gifts Meghan Markle and Prince Harry exchanged for their second wedding anniversary
1 month ago
If this video of Meghan reading to baby Archie doesn't cheer you up, you're clearly dead inside
2 months ago
Prince Harry and Meghan Markle volunteer to deliver meals to vulnerable in LA
2 months ago
Harry and Meghan say they will 'not be engaging' with UK tabloid press anymore
2 months ago
Meghan Markle's favourite mascara is one of the all-time beauty greats
2 months ago
Meghan Markle and Prince Harry have revealed the name of their new non-profit organisation
Next Page