The Queen's bodyguards have given her the funniest codename, and we're howling

As we all know, members of the royal family have codenames within their security details.

It gives the bodyguards a way of speaking about the royals without using their real names.

Queen Elizabeth II has a number of different titles and there is a proper way to address the monarch when meeting her.

If you ever find yourself face-to-face with the monarch, you should call her “Your Majesty” when speaking with her.

However, according to Express, in order to protect the Queen’s identity during engagements there is a codename her bodyguards use.

Apparently, in written communications, staff and security protection officers refer to Elizabeth II as “S” in what has been believed to be a reference to her being the Sovereign. 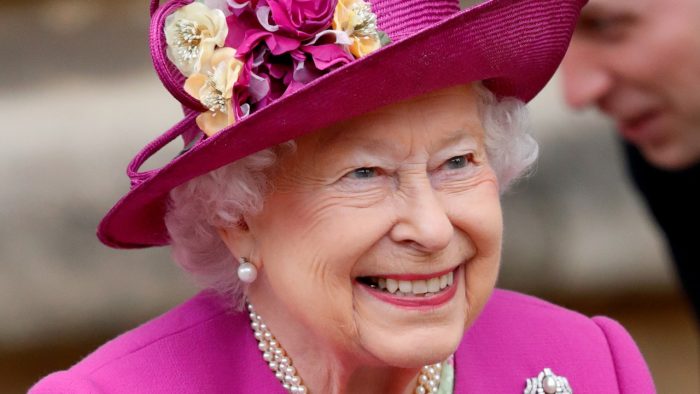 But a source revealed to The Sun that the S stands for Sharon.

"She’s written down as ‘S’ before cupping his hand over his mouth and whispering ‘it’s Sharon’ when pressed on what ‘S’ stood for."

"It is highly likely. The purpose of any sobriquet is that it should be anonymous and memorable."

"If it can also be a bit mischievous and therefore all the more memorable, then that makes sense."

"Although S might simply stand for Sovereign of course."

We LOVE the idea that the Queen's nickname is Sharon.

popular
Lidl is stocking dog Halloween costumes next week and sorry now, how adorable?
Netflix's Cheer star Jerry Harris arrested on child sex images charge
Britney Spears doesn't want to perform again any time soon, according to court documents
Dublin restaurant nominated for Best Luxury Steakhouse in the world award
WIN: The ultimate staycation in Glengarriff, Cork, for you and five friends
There's a Friends makeup collection coming, featuring Phoebe, Monica, and Rachel palettes
Here's what happens on every day of your menstrual cycle (roughly)
You may also like
4 months ago
Buckingham Palace has shared a very royal cake recipe that's literally fit for a queen
4 months ago
It's Queen Elizabeth's 94th birthday today and the palace has shared some incredible footage of her as a child
8 months ago
A complete breakdown of who the Queen gave a Christmas card to this year
8 months ago
There is the really impressive reason why Queen Elizabeth always carries a handbag
8 months ago
Apparently there was a secret meaning behind the outfit that the Queen wore during her Christmas speech
8 months ago
Fans question why Meghan, Harry and Archie are missing from the Queen's Christmas speech
Next Page