Maura Higgins is the latest skater to get eliminated from Dancing On Ice.

On last night's episode, the former Love Island star broke down in tears as she was voted off the show by the judges.

And since Christopher Dean was the show's head judge for the night, Maura unfortunately was sent packing. 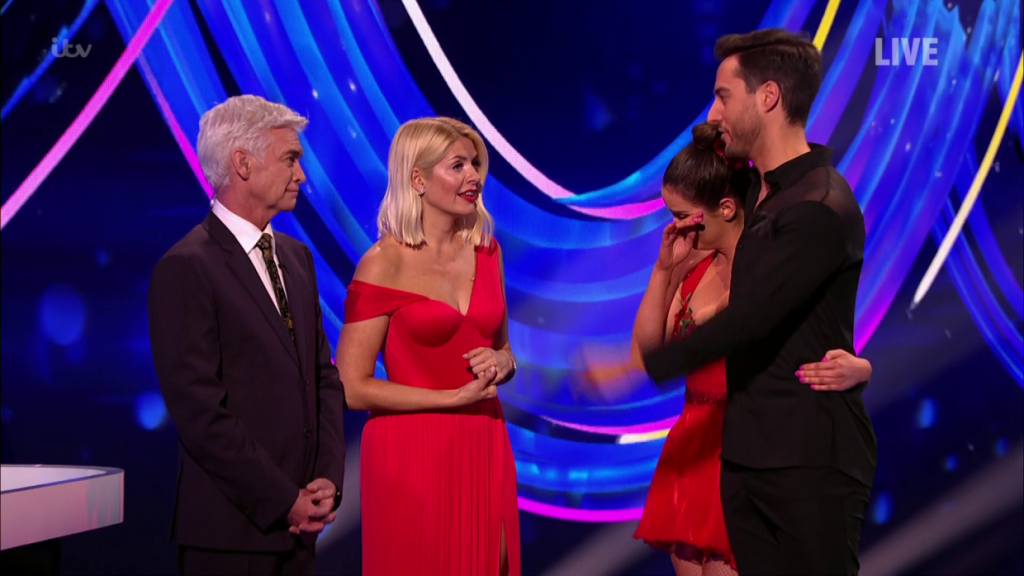 "Maura, your performance tonight was really strong, Libby you were consistent and strong as usual.

"So I am saving who I believe is the strongest skater."

Maura was skating against paralympian Libby Clegg for her chance to stay in the competition.

Breaking down, the 29-year-old admitted that she didn't want her time in the competition to come to an end.

"I really did want to stay" Maura said tearful before crying in towards her professional partner, Alexander Demetriou.

"This girl is one of the greatest women I've ever met."

Speaking about her time on Dancing On Ice last week, Maura revealed she was "overwhelmed" by the support of her family, friends and fans.

She also revealed that the show made her "so happy" and so, last night was an emotional farewell to the project she has been working on since before Christmas.

popular
Chrissy Teigen and John Legend suffer pregnancy loss due to complications
Dr Tony Holohan to return to Chief Medical Officer role next week
Fact Not Fiction: Just how much do you know about vaginas and sexual health?
Dirty Dancing officially arrives on Netflix today and that's our Sunday sorted
Aldi's pet event is back and yes, those are hooded parkas for dogs
Kylie Jenner boosts US voter registration traffic by 1,500%
All of the Love Island couples that are still together (and those that aren't)
You may also like
1 month ago
ITV announce new dating show, The Cabins, to fill the Love Island hole in your heart
1 month ago
Everything you need to know about season two of Love Island USA
2 months ago
Love Island's Marcel expecting first child with girlfriend Rebecca
2 months ago
Have we really come all that far since #BeKind?
2 months ago
Love Island's Lucie and Luke have confirmed they are, indeed, dating
3 months ago
Maura Higgins: "You always hear men talking about sex, why can't I do the same?"
Next Page