It's a weird one alright.

When it comes to Christmas, many of us go home to our families for the day - or the week. There's the present-giving, the delish dinner, and nap afterwards, and of course, some board games.

Some families love to play whatever board game takes their fancy on the night, and some roll their eyes at the thought - but it turns out that the royal family don't even get a choice in the matter; they're just not allowed play them. 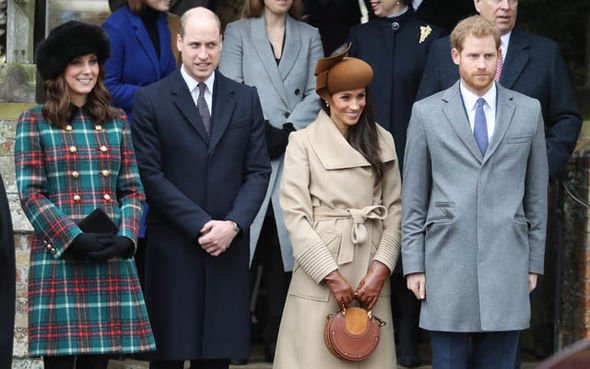 END_OF_DOCUMENT_TOKEN_TO_BE_REPLACED

Why? Well, the reason isn't as serious as you might think.

Many reports over the years state that they're not allowed play board games "because it gets too vicious."

Mental, right? It's just a rule because it all gets too much. Which is kind of sad, right? I mean, while there will be a bit of competition in every family, it's all fun and games on Christmas Day, and nobody can get that rowdy, can they?

Or, maybe they can after a few glasses of Baileys....

Girls With Goals || Her · Ep.161: Feeling Peachy - Sharon Keegan of Peachylean on being an absolute BOSS!
popular
The DIY frozen coffee recipe that's so delicious you'll never pay for an iced latte again
Planning on visiting the Disenchanted set this weekend? Taxi requests are up by 142%
People are making McFlurries at home - and they look delicious
Here's what happens on every day of your menstrual cycle (roughly)
Summer fashion: I got my entire staycation wardrobe sorted with these 7 buys
5 best road trips to do in Ireland this summer
Wayne and Coleen Rooney spotted holidaying in Ireland
You may also like
5 months ago
QUIZ: How well can you remember the movie Elf?
5 months ago
Cheers! 3 delicious ways to pimp your Prosecco for Christmas
5 months ago
QUIZ: How well do you know the lyrics to these Christmas classics?
5 months ago
QUIZ: How well do you know the Father Ted Christmas Special?
5 months ago
Here's all the best movies on TV this Christmas Eve
5 months ago
The cheesy nut loaf recipe that's actually not dry and actually is delicious
Next Page