Reese Witherspoon and her daughter continue to look the same

It's nothing new that Reese Witherspoon and her daughter Ava Phillipe are more or less the exact same person, but this latest photo really has us.

The mother and daughter duo have gone viral across the internet countless times over the years over how similar they look, it's uncanny.

Posting a family shot, fans couldn't get over how much Ava seems to be morphing into her mother.

Alongside her daughter and 17 year old son Deacon, Reese wrote: "Gosh, I’m lucky to be their mom." 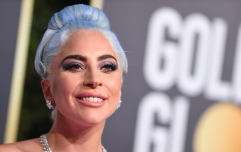 END_OF_DOCUMENT_TOKEN_TO_BE_REPLACED

Reese shares her two children with ex husband Ryan Phillipe, but has another son Tennesse James with her current husband Jim Toth.

When it comes to celebrity doppelgangers, Ava takes the win here but her brother Deacon isn't far off as many fans pointed out that he looks like the spit of his dad Ryan.

However, they look so much like their mum that even a few famous faces started pointing it out, with Cindy Crawford saying: "You look like their sister."

Another fan said: "If I didn’t know you were their mama, I’d think YALL were triplets. Gorg family!" 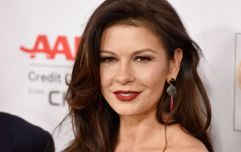 END_OF_DOCUMENT_TOKEN_TO_BE_REPLACED

Reese recently opened up about the challenges of being a new mother on Dax Shepard's Armchair Expert podcast, explaining how she didn't have a lot of support.

She said: "I did not have a lot of support with my first baby and I learned really early, like, this is not going to work. I tried to muscle through for five months with Ava, just not sleeping and I became delirious."

Explaining then to Kristen Bell and Monica Padman that she “couldn't have worked” through the first few months after her daughter was born: "I was lucky enough to have money saved and I didn't have to work, but it's just not a one-person job.

"I would even say it's not a two-person job."

popular
Kylie Jenner fans are convinced she just announced her son's name
Claire Byrne viewers heartbroken after Des Cahill recalls "parent's worst nightmare"
Bonnie Ryan shares more details from Italian wedding
WATCH: People are losing it over clip of Kendall Jenner trying to climb stairs at Kourtney's wedding
Wagatha Christie: Rebekah Vardy storms out of court just 30 minutes into final day
Official Love Island air date has just been announced
The hottest weekend of the year is only a matter of days away
You may also like
4 months ago
Five still births linked to Delta variant for unvaccinated mothers
6 months ago
54-year old woman makes history by becoming her daughter's surrogate
7 months ago
Mum changes baby's name after struggling to pronounce it
1 year ago
Liam Neeson's mother Kitty passed away this weekend at the age of 94
3 years ago
To the women who raised us - why it's important to prioritise spending time with your mom
4 years ago
I got it from my momma... six things to do in Dublin this Mother's Day
Next Page