The actor was rejected for a leading role on a Superman spin-off.

Bridgerton leading man Regé-Jean Page has addressed speculation that he was turned down from a role because he is Black.

Yesterday, reports emerged suggesting that the British actor was not cast to play Superman's grandfather in Krypton because DC's chairman did not want a Black actor for the role.

END_OF_DOCUMENT_TOKEN_TO_BE_REPLACED

Page auditioned for the part years ago. The role later went to Cameron Cuffe.

Sources close to the show told The Hollywood Reporter that directors were keen to embrace "nontraditional casting", but DC boss Geoff Johns opposed this idea.

"Hearing about these conversations hurts no less now than it did back then. The clarifications almost hurt more tbh. Still just doing my thing. Still we do the work. We still fly."

Hearing about these conversations hurts no less now than it did back then. The clarifications almost hurt more tbh.

Still we do the work.

END_OF_DOCUMENT_TOKEN_TO_BE_REPLACED

While Page does not directly address the recent claims, his reference to flying has many fans convinced that he is talking about the Superman role. Additionally, his use of the fist emoji mirrors the comic book character's trademark fist.

DC's chairman has since addressed the claims. His representatives told The Hollywood Reporter that fans expected Superman's grandfather to "look like a young Henry Cavill".

The spin-off series was cancelled after just two seasons on Syfy.

Last week, it was announced that Page would not be returning to Bridgerton for the second season. 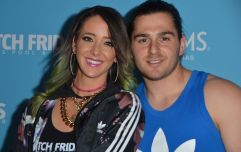 END_OF_DOCUMENT_TOKEN_TO_BE_REPLACED

"While all eyes turn to Lord Anthony Bridgerton’s quest to find a Viscountess, we bid adieu to Regé-Jean Page who so triumphantly played the Duke of Hastings.

Page later confirmed his departure, saying: "It’s been an absolute pleasure and a privilege to be your Duke. Joining this family - not just on screen, but off screen too."

He added, "The love is real and will just keep growing."

popular
We're living for these cheeky T-shirts from Joanne Hynes at Dunnes Stores
Kate Middleton has addressed the rumours that she's pregnant with her fourth child
Why Prince Harry and William aren't walking together at Prince Philip's funeral
Jennifer Aniston is reportedly pregnant with her first baby
Paul Mescal officially deactivates Instagram account
Prince Philip 'advised Prince Harry not to marry Meghan' for a brutal reason
Prince Harry was just spotted on a regular flight to London and the photos are gas
You may also like
2 years ago
Henry Cavill won’t be playing Superman again in the DC movies
3 years ago
Henry Cavill's weird CGI face is the talk of Twitter and we can see why
3 years ago
Justin Trudeau dressed as Superman for Halloween and we just can't
3 years ago
The 'S' on Superman's chest is NOT what you think it is
4 years ago
Everyone's worried that Superman is doing something quite rude to Supergirl in new poster
5 years ago
If Superman Had Snapchat...
Next Page