Rio Ferdinand’s son had the cutest message for his dad after the footballer announced his engagement to Kate Wright.

The newly engaged couple shared their happy news with fans on Thursday, with Rio revealing that his three children were in on the plan.

And it sounds like they couldn’t be happier about the news.

Lorenz, his eldest son, commented on the post congratulating the pair.

“So glad she said yes. I am so proud of u dad and Kate. Love you both so much.” 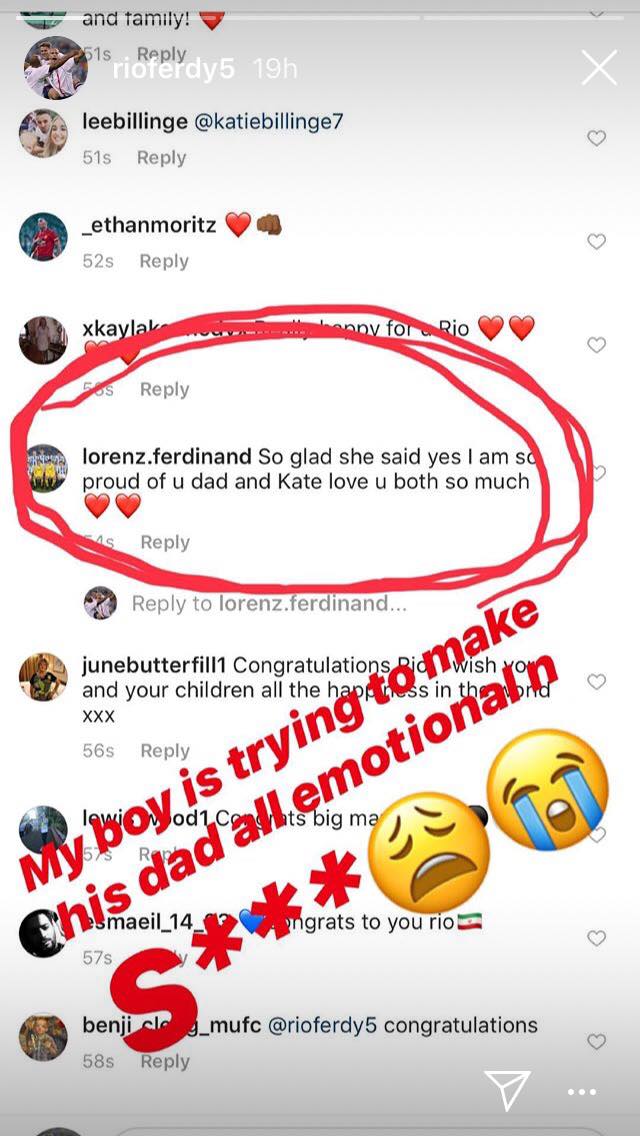 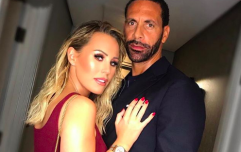 END_OF_DOCUMENT_TOKEN_TO_BE_REPLACED

The former footballer shared the sweet message on his Instagram Stories, adding that his “boy is trying to make his dad all emotional.”

Rio and Kate announced their engagement yesterday with adorable identical photo series’ that showed off the magical moment.

The pictures show the couple on a helipad on top of the St. Regis in Abu Dhabi, surrounded by his three children: Lorenz, 12, Tate, 10, and Tia, seven.

She captioned the photo series:

"The perfect end to our holiday ... How could the answer not be yes."

Rio shared the same photos on his own Instagram account, revealing that his children had managed to keep the special moment a secret from Kate - although he'll "never know" how they did it.

Alongside a string of heart emojis, he said:

"She said yes. How these 3 kids kept it a secret I'll never know."

Kate, 27, and Rio, 39, are thought to have been dating since late 2016. They went public with their relationship last year.

The pair sparked engagement rumours over the summer when the former reality TV star was seen "hiding" her left hand.

This is Rio’s first public relationship since the death of his wife in 2015.

Rio and Rebecca welcomed three children together before she was diagnosed with breast cancer.