The hair, the clothes, it's all amazing.

Just as we were starting to forget about him (hah, as if), Robert Pattinson steps out of his usual privacy bubble for an interview with GQ Magazine about his time in lockdown.

So far, apparently, he's lost all sense of time, has stopped exercising, has microwaved pasta, and has dressed up for his own private photoshoot. So, pretty much like all the rest of us then. Though, of course, the one difference being that the photos from his private quarantine photoshoot become, well, not so private and are shared with the rest of the world on the front cover of a magazine.

Rather him than us.

Especially as every single one of the photos are absolute gold. They range from quirky to arty to mysterious to really just a bit odd. His hair is always in various states of disarray but his chic and expensive outfits make that look intentional. 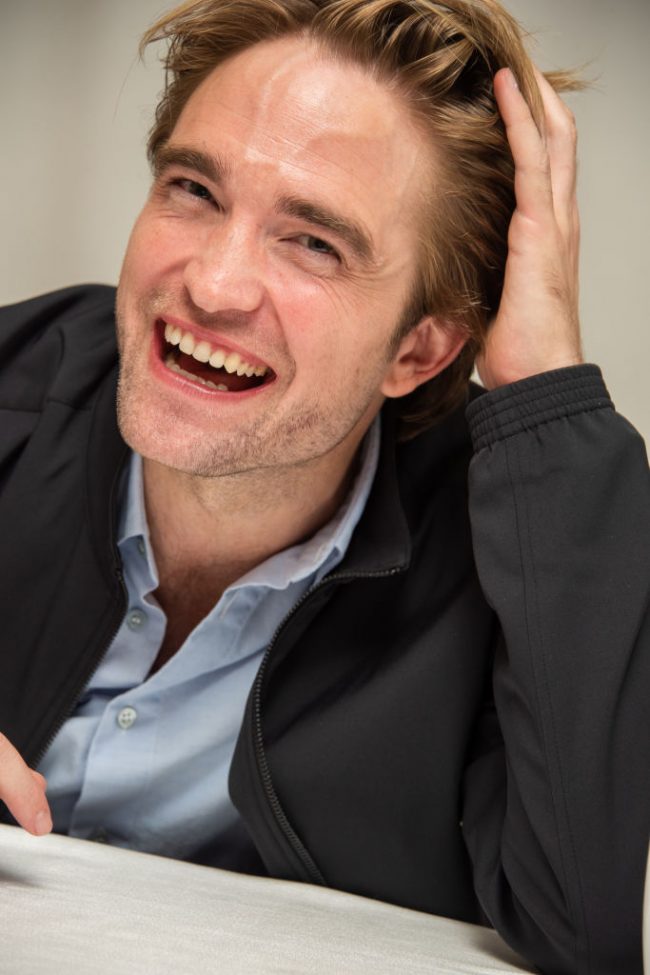 Although, of course, there is that one photo of him eating a bowl of cereal topless, which we think is more relatable than anything else. Except, perhaps, for the $420 Burberry scarf slung over his neck like a towel.

Every photograph is helpfully accompanied by a list of the items he's wearing, where they're from, and how much they cost. So if you feel like picking up his $7,700 jacket next time you're shopping, you'll know where to go.

In the interview with GQ, Robert Pattinson talks about dealing with his failing technology in quarantine and failing to deal with his new exercise routine. He's claiming to be doing pretty much nothing when it comes to exercise or muscle building, which wouldn't be a problem if he wasn't currently preparing for his new role playing Batman. 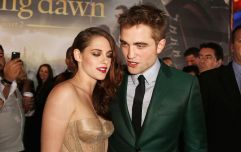 END_OF_DOCUMENT_TOKEN_TO_BE_REPLACED

Since starring the Twilight franchise, Pattinson has been in films with much smaller budgets and has played a huge variety of characters, very few in any way similar to his sparkly vampire part. After almost running away from the fame that Twilight brought him, it seems strange now that he would take up one of the most famous film roles of all time. However, he seems to be looking forward to the challenge of making his own mark on this world-famous franchise.

Speaking to GQ, he said:

"I kind of like the fact that there are very, very well-done versions of the character which seem pretty definitive, but I was thinking that there are multiple definitive playings of the character. I was watching the making of Batman & Robin the other day. And even then, George Clooney was saying that he was worried about the fact that it's sort of been done, that a lot of the ground you should cover with the character has been already covered. And that's in '96, '97?

"And then there's Christian Bale, and Ben Affleck's one. And then I was thinking, it's fun when more and more ground has been covered. Like, where is the gap? You've seen this sort of lighter version, you've seen a kind of jaded version, a kind of more animalistic version. And the puzzle becomes quite satisfying, to think: Where's my opening? And also, do I have anything inside me which would work if I could do it? And then also, it's a legacy part, right? I like that. There's so few things in life where people passionately care about it before it's even happened. You can almost feel that pushback of anticipation, and so it kind of energises you a little bit. It's different from when you're doing a part and there's a possibility that no one will even see it. Right? In some ways it's, I don't know... It makes you a little kind of spicy."

Well, we're convinced. In the future, when Batman has finished shooting and the lockdown is well and truly over, we'll definitely be taking a trip to the cinema to see how he fares.

For now, though, we have those photographs.

popular
I'm A Celebrity, Get Me Out Of Here moves to ruined castle in UK this year
Daisy Coleman from Netflix's Audrie & Daisy has died, aged 23
Rupert Young, twin brother of Will Young, passes away, aged 41
WATCH: Paul Mescal stars in new Rolling Stones' music video 'Scarlet'
WATCH: Sneak peak of Paul Mescal in latest Rolling Stones' music video
Dirty Dancing the sequel is officially in the works and Jennifer Grey is starring
Staycation: TripAdvisor reveals the top 10 hotels in Ireland for 2020
You may also like
8 months ago
Robert Pattinson thought the plot of Twilight was 'weird' and yeah mate, you're not wrong
1 year ago
Robert Pattinson has been confirmed as the new Batman
1 year ago
Robert Pattinson is expected to be the new Batman, and we're so down
1 year ago
The trailer for Robert Pattinson's new sci-fi drama is here and it looks absolutely mad
1 year ago
The entire Twilight Saga is coming to Netflix this month, and we're so ready
2 years ago
Robert Pattinson has a new girlfriend and you'll DEFINITELY recognise her
Next Page