Ronaldo speaks out about the heartbreaking loss of his baby boy

Ronaldo and his partner Georgina lost their baby boy in April.

Cristiano Ronaldo has opened up about the heartbreaking loss of his baby boy.

The footballer and his finacée Georgina Rodriquez were expecting twins but sadly lost their son when Rodriquez went into labour in April. 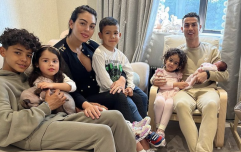 END_OF_DOCUMENT_TOKEN_TO_BE_REPLACED

Their baby girl Bella survived, but their son Angel sadly passed away.

Ronaldo told Piers Morgan that his children were confused over where the other baby was after the parents came home from the hospital. 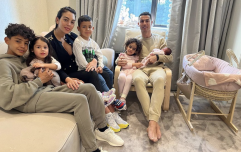 END_OF_DOCUMENT_TOKEN_TO_BE_REPLACED

"The other ones in the beginning, around the table, the kids start to say “Mom where is the other baby….’ …and after one week I say let’s be up front and let’s be honest with the kids, let’s say that, Ángel, which is his name, he go to the Heaven.”

Ronaldo said his children now understand that their baby brother is in heaven.

"The kids understand, we had shouts around the table and they say “Daddy I did this for Ángel” and they point to the sky. Which I like the most because he’s part of their lives.

"I am not gonna lie to my kids, I say the truth, which was a difficult process.” 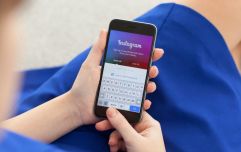 END_OF_DOCUMENT_TOKEN_TO_BE_REPLACED

Despite the heartache, Ronaldo said losing their baby boy has strengthened his relationship with Georgina. He explained that he looks at life differently since losing his baby boy.

"I became more of a father, more friendly with them; they become more close to their daddy, and me with Georgina as well.”