Boyzone star Ronan Keating has said that the recent treatment of Rebel Wilson's sexuality by the press has reminded him of how his bandmate Stephen Gately was treated.

Last week, Rebel Wilson announced on Instagram that she is dating a woman, but a day later, an Australian newspaper claimed that they knew about the relationship and had given Rebel a deadline to respond to it, before running the story themselves. 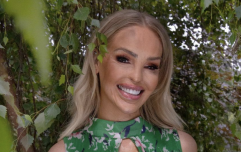 END_OF_DOCUMENT_TOKEN_TO_BE_REPLACED

In a column that appeared in the Sydney Morning Herald, the entertainment reporter Andrew Hornery complained that by coming out on her own terms, Rebel "gazumped" their story.

Following backlash, Mr Hornery apologised and the column was removed. In an article published yesterday, Mr Hornery wrote that they had "mishandled" the situation, and said that it is not the paper's business to "out" people, but denied that that was what they were doing.

He also said that as a gay main himself, he is familiar with the discrimination LGBT+ people face and added that he would never want to "inflict pain" onto anyone else.

Reading the news about @RebelWilson and her horrible dealings with an Australian paper reminds me exactly of the situation with our Steo and the sun newspaper in the UK. How can this be possible today ? Rebel I hope you are ok and you have the strength and love to rise above. X 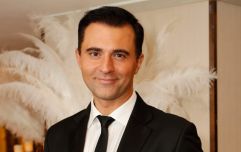 END_OF_DOCUMENT_TOKEN_TO_BE_REPLACED

Reacting to this incident on Twitter, Ronan Keating referred to how Stephen Gately's sexuality was treated by the press. He also shared his support for Rebel.

He wrote: "Reading the news about @RebelWilson and her horrible dealings with an Australian paper reminds me exactly of the situation with our Steo. How can this be possible today ? Rebel I hope you are ok and have the strength and love to rise above."

In 1999, Stephen Gately came out as gay, but it was alleged that a tabloid was planning on breaking the story. His mother, Margaret Gately, said that her son wanted to keep his sexuality private, but had no choice when he learnt a paper was going to run a story on him.

Stephen Gately passed away in 2009 after suffering a pulmonary oedema from an undiagnosed heart condition.