"I think Rosanna’s book will help a lot of people.”

Rosanna Davison is set to write a book about her journey to motherhood and her "miracle" pregnancy.

The model has been very open about her struggles with motherhood and miscarriages over the years. In 2019, she revealed the she had experienced 14 miscarriages before decided to have her first child via surrogate. 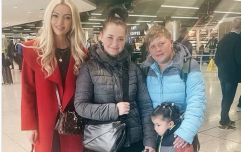 END_OF_DOCUMENT_TOKEN_TO_BE_REPLACED

Rosanna and husband Wes welcomed daughter Sophia by gestational surrogacy that year. Then in what can only be described as a miracle, the star announced that she was pregnant with twins.

The two boys, Hugo and Oscar, were conceived naturally after years of the couple's fertility struggles. They were born last month. 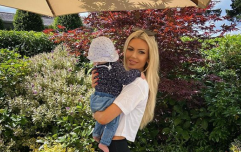 END_OF_DOCUMENT_TOKEN_TO_BE_REPLACED

We chatted with Rosanna for our December digital cover ahead of the birth of her two sons. She told us that finding out about the pregnancy felt "like the biggest miracle after our fertility struggles.

"The previous week I had gone in for an early scan and was amazed to see a tiny foetus with a beating heart up on the screen, so I had been absolutely thrilled," she said. 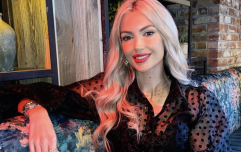 END_OF_DOCUMENT_TOKEN_TO_BE_REPLACED

"But when the doctor announced there were twins in there, there were tears and a few swear words too - in the best kind of way! Total shock, amazement and delight. I have it all recorded on video to show my boys some day."

Rosanna has since signed a deal with Gill Publishing to write about all her experiences of fertility and motherhood so far.

Her dad Chris de Burgh spoke about how proud he was of his daughter, who has spoken so openly about her pregnancy losses and her journey to motherhood.

He told the Irish Sun: “I’m sure you know a number of women who are reluctant to talk about miscarriages but it does happen and that’s what makes Rosanna’s story so uplifting. I think Rosanna’s book will help a lot of people.”

De Burgh also spoke about his daughter's heartbreak and how the former Miss World dealt with the grief. “I think just about everybody knows Rosanna background in terms of being a mother, she spoke about it in a very personal way about her heartbreak and the journey to surrogacy, including the 14 miscarriages she had," he said.

"One would be devastating for a woman but 14. I don’t know how Rosanna did it. She is a remarkable young woman for what she has been through."

After the singer's granddaughter Sophia arrived, Chris said they "were absolutely thrilled. Now these twins. This is a miracle.I think the whole thing is extraordinary."