Strictly Come Dancing winner Rose Ayling-Ellis has spoken out about the importance of British sign language and that it should be recognised as an official language.

Explaining that having BSL as a registered language can have a significant impact on deaf people when going to the doctor, she opened up about just how important it is for everyday life. 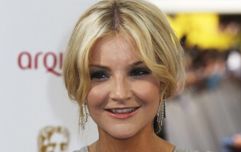 END_OF_DOCUMENT_TOKEN_TO_BE_REPLACED

It's only been a matter of weeks since Rose made history by becoming the first Deaf winner of Strictly alongside her partner Giovanni Pernice.

The partners continuously paid tribute to the deaf community during their time on the show, incorporating sign language into their choreography and with their Couple’s Choice performance, which included a section where they danced in complete silence.

Appearing on This Morning, Rose and Giovanni spoke to Holly Willoughby and Phillip Schofield about their Strictly win and the lack of deaf representation. 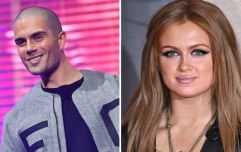 END_OF_DOCUMENT_TOKEN_TO_BE_REPLACED

Phillip said to Rose: "You want to see British sign language registered as an official language in England throughout the whole of the UK, it is in Scotland," as Holly added: "I can’t believe it’s not."

"It’s been recognised as a language, but it’s not been official as a language. That becomes such a big problem," Rose explained.

"For example, I have heard so many stories – and it’s still happening now – some Deaf people go to a doctor’s appointment and they ask for an interpreter and then they don’t provide them an interpreter. So they end up using their child to translate or using their family member, and that shouldn’t be done."

And because British sign language isn’t recognised as an official language, Rose said "we can’t do anything about it."

She added: "So if we could change that and make it an official language, we could get so much protection."