Royal fans are convinced that the Queen has given a secret show of support for Meghan & Harry.

It might sound a little far-fetched but that hasn't stopped people from suggesting that the Queen's latest outfit includes a secret gesture of support for Meghan Markle and Prince Harry.

As you're probably aware, the couple recently stepped down as senior royals with this decision requiring extensive talks with the Queen to iron out certain specifics for their future.

Although some believe Queen Elizabeth II isn't happy with her grandson's decision, others believe she has demonstrated support for them, in a very interesting manner. 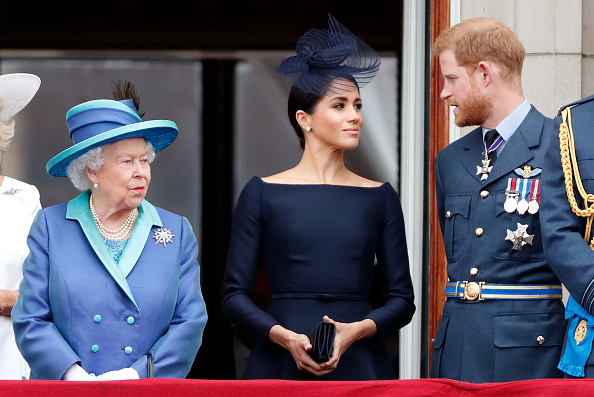 END_OF_DOCUMENT_TOKEN_TO_BE_REPLACED

Yesterday, the monarch attended church and it was noticed that she was wearing her Canadian Snowflake brooch.

According to Hello! magazine, this was given to her by the former Governor-General of Canada, David Johnston in 2017.

Of course, it might just be that she wanted to wear said brooch but given the recent timing of the couple's move to Canada, it's not surprising that people have jumped to conclusions.

Meghan and Harry announced their plans at the beginning of January but it's thought that the royal family were not told in advance and so the following days involved meetings to decide what the best course of action would be for the Sussex family.

A statement was later released from Buckingham Palace and soon after, Harry flew to Canada to join Meghan and their son Archie.

It's been suggested that they're planning to relocate to Los Angeles for the summer months too, more on that here.

Girls With Goals || Her · Ep.151: 'A Story Shared' - Aoife P. Rafter on blogging during a pandemic and living with CF
popular
Around the world: The most popular baby names in major cities across the globe
Someone has ranked the penis size of men from all over the world
Netflix announces new true crime documentary series: The Vanishing At The Cecil Hotel
Netflix's The Circle is the best reality show on TV
WATCH: The trailer for To All The Boys I've Loved Before part 3 is here
"The female gaze is brilliant:" Why Phoebe Dynevor is proud of Bridgerton's sex scenes
Here's what will happen in Bridgerton season 2 - if Netfix goes by the books
You may also like
1 month ago
Prince Harry 'supported by William and Charles' after wife Meghan's miscarriage
4 months ago
"Content that informs": What can we expect from Meghan and Harry's Netflix deal?
4 months ago
Prince Harry and Meghan Markle sign multiyear deal with Netflix
5 months ago
We now know what Meghan Markle wore on her first date with Prince Harry
7 months ago
Meghan Markle gave a powerful graduation speech to her old high school's students about the current US protests
7 months ago
The 'romantic' gifts Meghan Markle and Prince Harry exchanged for their second wedding anniversary
Next Page