So, you would be led to believe that all is well in the world of the British royals.

Everyone appears to be getting along well, right?

END_OF_DOCUMENT_TOKEN_TO_BE_REPLACED

Well, according to a royal expert from the The Daily Mail, all is not what it seems.

Robert Jobson, who writes royal content for the publication, has reported that a feud is very much ongoing.

Apparently, Prince William and Kate Middleton are less than impressed with Meghan Markle and Prince Harry.

There are a number of reasons for the feud, and it has apparently resulted in the Cambridge's changing their plans, to avoid the Sussexes.

Yep, Kate and William have postponed their summer trip to Balmoral, to avoid seeing Meghan and Harry.

According to Mr Jobson:

"It is understood William and his wife Kate may delay their trip until Harry and Meghan have returned to Windsor." 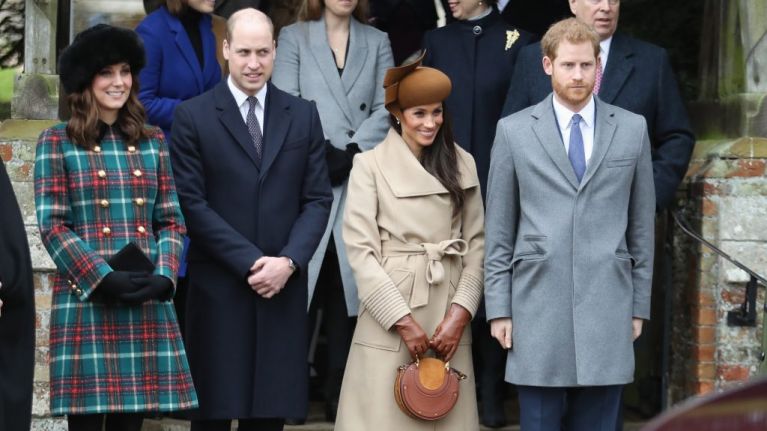 END_OF_DOCUMENT_TOKEN_TO_BE_REPLACED

Apparently, the bad blood comes from Prince Harry's comments about only having two children, to help save the environment.

It was reported that this "may well have irked the Cambridges, who already have three."

I see the logic, but it seems a bit farfetched, right?

The Daily Mail also reported that tensions between Meghan and Kate are quite high, as a result of Vogue.

END_OF_DOCUMENT_TOKEN_TO_BE_REPLACED

Meghan, who is guest editing the September issue of British Vogue, said it would have been "boastful" to appear on the cover of the magazine.

The editor of Vogue, Edward Enninful, spoke about Meghan's opinion on the cover.

"From the very beginning, we talked about the cover — whether she would be on it or not," he said in a statement.

"In the end, she felt that it would be in some ways a ‘boastful’ thing to do for this particular project. She wanted, instead, to focus on the women she admires," he said.

SHADE, when you consider the fact that Kate Middleton covered the magazine in 2016.

popular
DSPCA and Gardaí rescue over 30 puppies and dogs from Dublin apartment
Ireland to be swarmed with freezing weather in the minus figures next week
Stacey Solomon mortified after walking around shop in see through leggings
Rob Kearney and Jess Redden arrive at wedding venue ahead of big day today
8 gorgeous Irish Christmas markets you need to visit this winter
Tributes paid to 29-year-old Irish woman who tragically passed away on holidays
These are the most popular baby names for 2021
You may also like
2 weeks ago
WATCH: Meghan Markle takes part in hidden camera prank on Ellen
2 weeks ago
Meghan Markle says Royals were "constantly berating" Harry over her relationship with her father
3 weeks ago
Prince Harry says 'Megxit' is a misogynistic term created by a troll
3 months ago
Piers Morgan wins Ofcom complaint over Meghan Markle comments
3 months ago
Meghan Markle's brother hits out at her as he enters Big Brother house
3 months ago
Steal her style: How to recreate Meghan Markle's sleek home office on a budget
Next Page