This is the one royal rule Meghan Markle really doesn't understand

So as we all know by now, joining the royal family isn't as easy as bippity-boppity-crown.

There are rules. Many, many rules.

Meghan Markle has had to follow a whole new way of life since she joined the royal family.

There are certain ways to sit, certain things to eat and even certain bed times (yes, really.)

And the lovely Meghan has taken to all of these rules like a duck to water. 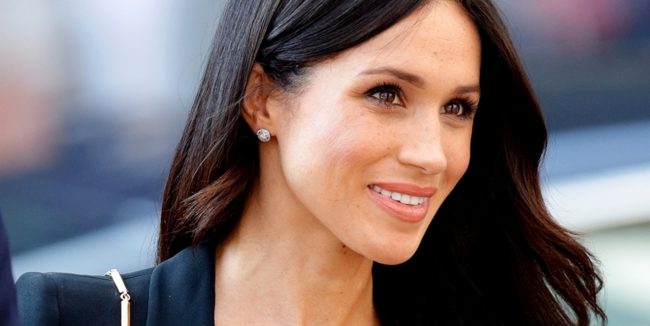 However, there is one particular royal rule she just can't wrap her head around.

Royal protocol stipulates that female members of the royal family must not wear trousers when in the Queen's presence.

Apparently, Meghan Markle is having a bit of an issue with that one particular rule.

A source recently spoke to People about the rule, and Meghan's gripe with it.

"She has found certain rules in the royal household difficult to understand, like the fact that the queen prefers women in dresses or skirts rather than trouser suits, and is often asking Harry why things have to be done in a certain way."

"I think she finds it a little frustrating at times, but this is her new life, and she has to deal with it."

It is an odd one, in fairness.


popular
Meet the cleanser that reduced pore size for 91 percent of women (in just three weeks!!!)
Brad Pitt's response to the drama over his reunion with Jennifer Aniston is interesting, to say the least
Sorry, can we talk about Kate Middleton's €10 leopard-print skirt for a minute?!
Say hello to the €20 New Look skirt that will go with everything in your wardrobe
RUN! The €16 floral Penneys dress that fits like a dream is in stores now
Penneys is selling the cosiest grey jumper for just €12, and we need it
The FAB €26 Zara top that's trending on Instagram comes in the most divine spring shade
You may also like
13 hours ago
Looks like Meghan could be doing her first TV interview with Ellen DeGeneres
14 hours ago
Thomas Markle's tell-all interview to be broadcast in Ireland on Monday
3 days ago
The Duchess of Cornwall had an interesting reaction when asked if she would miss Harry & Meghan
3 days ago
Prince Harry has arrived in Canada to reunite with Meghan and his son, Archie
4 days ago
Prince Harry's update on his son Archie had us absolutely melting
4 days ago
We finally know the identity of baby Archie Harrison's godparents
Next Page