Rupert Grint and Georgia Groome have been together for 7 years and sorry, WHAT?

We need to sit down.

If you're a gal who came of age in the past ten years or so, you'll probably have a special place in your heart for Angus, Thongs and Perfect Snogging.

The 2008 film follows Georgia Nicholson, the most teenage teenage girl who ever existed, as she navigated the perils of adolescent dating.

It was a masterpiece. 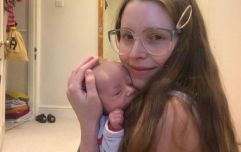 END_OF_DOCUMENT_TOKEN_TO_BE_REPLACED

Georgia was Bridget Jones for the Bebo generation and as such, she'll forever be someone we hold dear.

Similarly, lots of us are still mad about Ron Weasley.

You only have to nip into any Penneys anywhere to see how huge anything Harry Potter-related still is and of the three main protagonists, Ron was just the best.

We're sure you can see what we're getting to here, but we needed this build-up.

Here it is: Ron Weasley and Georgia who dressed as a stuffed olive for a fancy dress party have ended up together.

Yep, actors Rupert Grint and Georgia Groome have been an item for seven years.

AND WE NEVER KNEW. 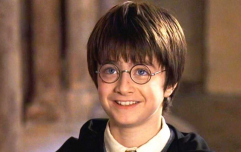 END_OF_DOCUMENT_TOKEN_TO_BE_REPLACED

It sounds like some mad Tumblr fan fiction come to life but it's real.

Georgia, 26, and Rupert, 30, have been together since 2011, as per this interview Rupert did earlier this year.

If that doesn't brighten your Monday to a serious extent, what's wrong with you?

Girls With Goals || Her · Ep.160: The Beauty Of Coaching - Hayley Harrison joins us from Sport Ireland
popular
Regé-Jean Page arrives in Ireland to shoot new movie
Vicky Phelan to return home in summer "to see my kids"
A pink tampon disposal glove has been created - by three men...
Lyrid meteor shower to be visible from Ireland tomorrow
Everyone's talking about blood clots and the pill - here's what you should know
The Queen has banned Meghan Markle from wearing any of Princess Diana's jewellery
We're told to stay inside to stay safe, but Jennifer Poole was killed in her own home
You may also like
2 months ago
A Harry Potter TV show is in development at HBO Max
3 months ago
Turns out Bridgerton's Duke and Prince were both in Harry Potter
3 months ago
QUIZ: Can you name all of these Harry Potter characters?
4 months ago
Rare Harry Potter and the Philosopher's Stone first edition book sells for over €70,000
5 months ago
QUIZ: How well do you remember what these Harry Potter spells do?
5 months ago
QUIZ: How well do you remember the book Harry Potter and the Prisoner of Azkaban?
Next Page