And we thought their love was real.

We all remember S Club 7. We all bopped along to them and sang their tunes, went to their concerts and bought their merchandise.

We were only kids when they were around, and to be honest, since their split we haven't thought much about them.

However one bandmate, Paul, recently did an interview explaining the ins and outs of the band, the movies and the TV shows.

Paul Cattermole admitted that he felt forced into a relationship with his former bandmate Hannah Spearritt for a TV show.

The 42-year-old, who left the band in 2002 to start a new band called Skua, said that the relationship was "forced into their contracts" and it "did not happen organically." 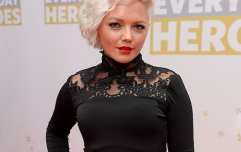 END_OF_DOCUMENT_TOKEN_TO_BE_REPLACED

In an interview with The Guardian, Paul said while the relationship wasn't organic, he did like Hannah and got used to the idea of dating her after it was written into the show, Hollywood 7.

"It didn’t feel like that because I had totally grown into the idea, quite quickly. I thought she was great.”

In 2001, Paul and Hannah first kissed on screen and then had a relationship for five years. They split in 2006, only to rekindle in 2015.

The romance didn't last too long and they ended their relationship for good in the same year.

popular
Staycation: 7 gorgeous glamping spots for your Irish summer getaway
QUIZ: Can you name the Keanu Reeves movie from just the screenshot?
QUIZ: How well do you remember The Rugrats Movie?
"I never thought it would be cancer": Stage 4 melanoma patient recalls receiving her diagnosis
Here's what happens on every day of your menstrual cycle (roughly)
How to give your skin the post-lockdown glow it deserves (and needs!), according to an expert
Scott Disick slammed over this 'racist' photo of his daughter, Penelope
You may also like
2 years ago
S Club 7's Hannah is teasing her upcoming EastEnders role
4 years ago
S Club 7's Hannah Made £600,000 During Her Time In The Band
5 years ago
'No One Will Ruin What We Have' - Hannah Spearritt Breaks Silence On Controversial Band Romance
5 years ago
S Club 7 Singer Ditches Fiancé... For Her Bandmate!
1 month ago
Robert Pattinson's photos that he took of himself for GQ Magazine are everything we needed right now
1 month ago
Laura Whitmore says she 'didn't know how to react' after experiencing miscarriage
Next Page