Ever get to the stage on a night out when you just want to leave and go get food?

Yep, Saoirse Ronan too. She may be an award-winning actress, but Saoirse Ronan proved she's just like the rest of us when it comes to getting the munchies on nights out.

The Mary Queen of Scots star recently appeared on Ellen the morning after the Golden Globes and had us all skitting at the shenanigans she got up to.

Twenty-four-year-old Saoirse revealed to Ellen that she actually left the awards early to go and get pizza and ya, we'd probably do the same. 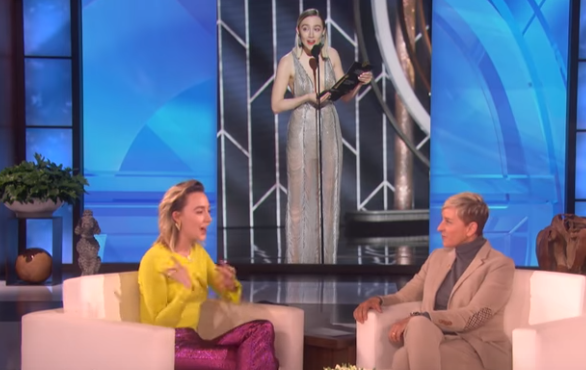 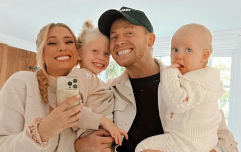 Stacey Solomon and daughter Rose celebrate their birthdays together

END_OF_DOCUMENT_TOKEN_TO_BE_REPLACED

After presenting an award on the night, Saoirse dashed back to her friend's house and got into her PJs. At 24, Saoirse has won an incredible 30 awards, but she's clearly still very down to earth.

She wore an eye-catching outfit of metallic pink trousers and a bright yellow top and when chatting to the popular talk show host, let Ellen in on more of the antics from the night of the Globes. 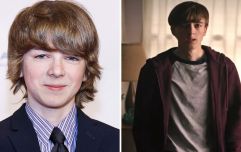 END_OF_DOCUMENT_TOKEN_TO_BE_REPLACED

Hilariously, Saoirse did probably the MOST Irish thing ever and nabbed a few of the freebies from the Globes. She showed Ellen some of the "goodies" she collected on the night which included the menu, some napkins, a half-empty bottle of water and flowers from the table. 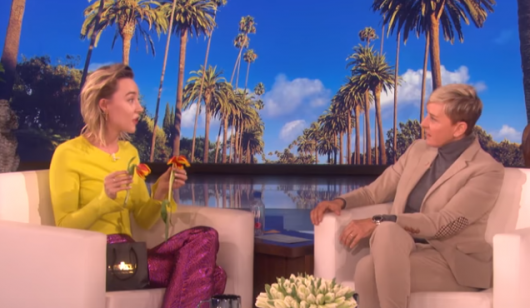 Well, you can take the girl out of Ireland...

popular
Primark reintroduces female-only fitting rooms after two men walk in on woman
Anna Delvey is set to be released from prison
Davide Sanclimenti opens up on having kids with Ekin-Su Cülcüloğlu as he turns down Dancing On Ice
The 10 most popular girl names for October babies
Hilary Swank, 48, reveals she is pregnant, expecting twins
I’m A Celebrity bosses ‘sign first Love Island contestant for 2022 series’
Lush to open its biggest Irish store this winter
You may also like
2 weeks ago
Ryan Reynolds shared his experience of getting a colonoscopy after losing a bet
3 weeks ago
Leonardo DiCaprio (47) and Gigi Hadid (27) are reportedly dating
1 month ago
Jane Fonda announces she has been diagnosed with cancer
1 month ago
Scarlett Moffatt slams 'disgusting' pap for sneaking into hotel to take photos of her
2 months ago
Lauren Goodger assaulted and taken to hospital after baby girl's funeral
2 months ago
Pete Davidson talks having a baby with Kim: ‘That’s kind of what I’m preparing for now’
Next Page