Former Gogglebox and I'm a Celebrity star Scarlett Moffatt has blown people's minds with a simple yet extraordinary revelation about the weather.

When you check the weather app on your smartphone, and it says '30 percent rain', you assume that means there is a 30 percent chance it will rain in that area, at that time. That makes perfect sense. The scientists behind these forecasts can never be 100 percent certain of rain, so they hedge their bets with percentages and then we are left trying to decide whether to take a brolly with us or not on our daily walk. Right? Wrong. 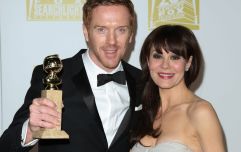 END_OF_DOCUMENT_TOKEN_TO_BE_REPLACED

As Moffatt explained in a TikTok that has since gone viral, 30 percent rain actually means it's definitely going to rain, but only 30 percent of the area will be hit by said rain.

"All this time I've been caught in the rain and people are like, 'Why haven't you brought a jacket?' and stuff like that," she says.

"It's because I've just found out than on the weather app, when it says '30 percent rain', I thought it meant 30 percent chance of rain.

"It doesn't mean that," explains. "It means that 30 percent of your area will be covered in rain."

She then gesticulated that her mind had been blown, as seemed to be the case for most people watching as well, given the number of times the video was shared on TikTok and subsequently on Twitter.

@scarlettmoffattThey should teach you how to read weather apps in school and that ? ? #weather #fyp #fact #foryoupage♬ original sound - Scarlett Moffatt

Girls With Goals || Her · Ep.160: The Beauty Of Coaching - Hayley Harrison joins us from Sport Ireland
popular
Body found in search for missing woman in Waterford mountains
Queen signs note 'Lilibet' in final goodbye to Prince Philip
Roz Purcell introduces 4 - 30 sizing for new Hike Life collection
WATCH: The trailer for the new Sophie Toscan du Plantier documentary is here
Abducted French girl, 8, found in Switzerland five days after disappearance
Man charged with murder of 24-year-old mother Jennifer Poole
Jockey Lorna Brooke dies aged 37 after racecourse fall
You may also like
2 weeks ago
17 amazing beaches to visit for when the weather is decent
2 weeks ago
Met Éireann warn of snow for Easter weekend, as temperatures reach 19 degrees today
2 weeks ago
Today's temperatures will be "above average", says Met Éireann
3 weeks ago
Temperatures to hit up to 18 degrees today
3 weeks ago
Met Éireann warns of "blustery" showers and thunderstorms for next few days
1 month ago
Temperatures set to hit the mid teens in Ireland for St Patrick's Day
Next Page