I had a handful of helium balloons scattered around the function room and chicken goujons with chips on platters. We sat on the floor for "Rock the Boat" and I thankfully didn't vomit after excess alcohol.

Sofia Richie had her 21st at the weekend. She flew privately to Vegas with her mates. She danced with Alesso at a pool party before hitting XS nightclub that night and was gifted with a Range Rover.

Oh, and an Aston Martin.

END_OF_DOCUMENT_TOKEN_TO_BE_REPLACED

To celebrate her 21st birthday Scott Disick didn't only supply all Sofia's mates with custom made courture from his brand, Talentless, but he also flew to Vegas to party with his girlfriend as well as giving her a brand new Aston Martin to mark the occasion.

Giving him the title of "best bf", it's safe to say Lord Disick will be in the good books with the star for the foreseeable future. 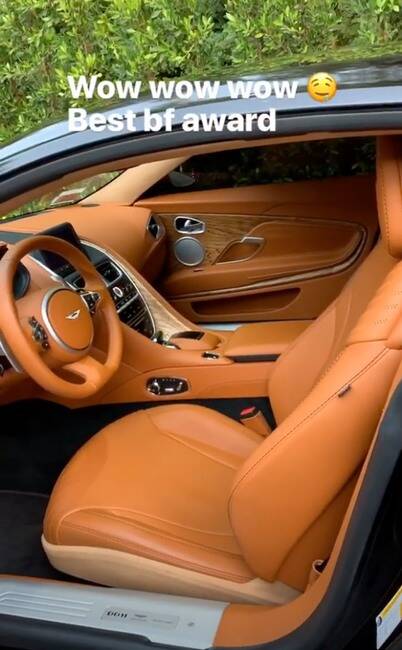 Kylie Jenner also flew out to Vegas to celebrate with Sofia. The pair have become close again in the past year, holidaying together twice this year with their last trip to Turks and Caicos for the launch of Kylie's Kylie Skin collection.

Sofia Richie is now back in Los Angeles having just spent the weekend in Vegas.


popular
Kate Middleton is wearing an amazing red glittery gown tonight and she looks like a princess
These blue mom jeans from Penneys are actually unreal, and they're only €17
Brad Pitt and Jennifer Aniston's SAG Awards backstage moment was pretty decent
The flattering €16 Penneys dress we'll be wearing every day for the foreseeable future
We finally know the identity of baby Archie Harrison's godparents
The €54 M&S dress that is perfect for the changing weather
The €15 Dunnes Stores top that we're totally obsessed with at the moment
You may also like
16 hours ago
Period products will soon be free in all schools and colleges in England
4 days ago
Ireland's shameful problem is only becoming more apparent as the general election looms
6 days ago
Leo Varadkar calls general election for Saturday, February 8
1 week ago
Met Éireann's Evelyn Cusack warns against sharing fake red weather warnings
1 week ago
Same sex marriage is officially legal in Northern Ireland from today
1 week ago
A koala hospital has opened up in a primary school near Adelaide, Australia
Next Page