Although many of us had to weather unfavourable conditions today, looking at Emily Ratajkowski's Instagram stories you'd think it was a serious cracker out there at the moment.

The model and all-round mega-ride is in Ireland to celebrate the man-of-the-hour, St Patrick. 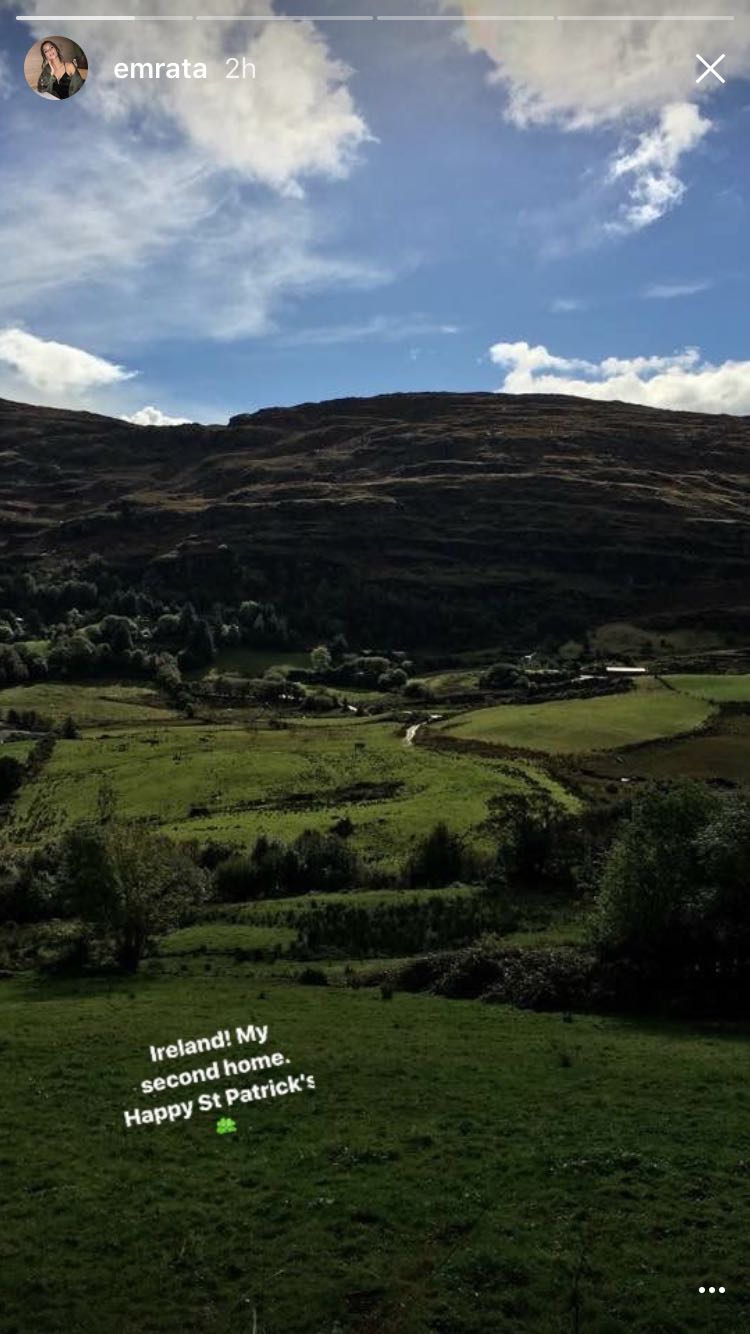 END_OF_DOCUMENT_TOKEN_TO_BE_REPLACED

The 26-year-old was born in London to American academic parents, but she spent her summers growing up in Co Cork, the lucky sod.

So naturally enough she was only dying to return for a bit of craic (not that we can blame her). Yes, Emily is currently back in Bantry - a place today she's been describing on Insta (where she has close-to 12m followers) as her 'second home' (we were pipped to the post by Los Angeles, sadly). 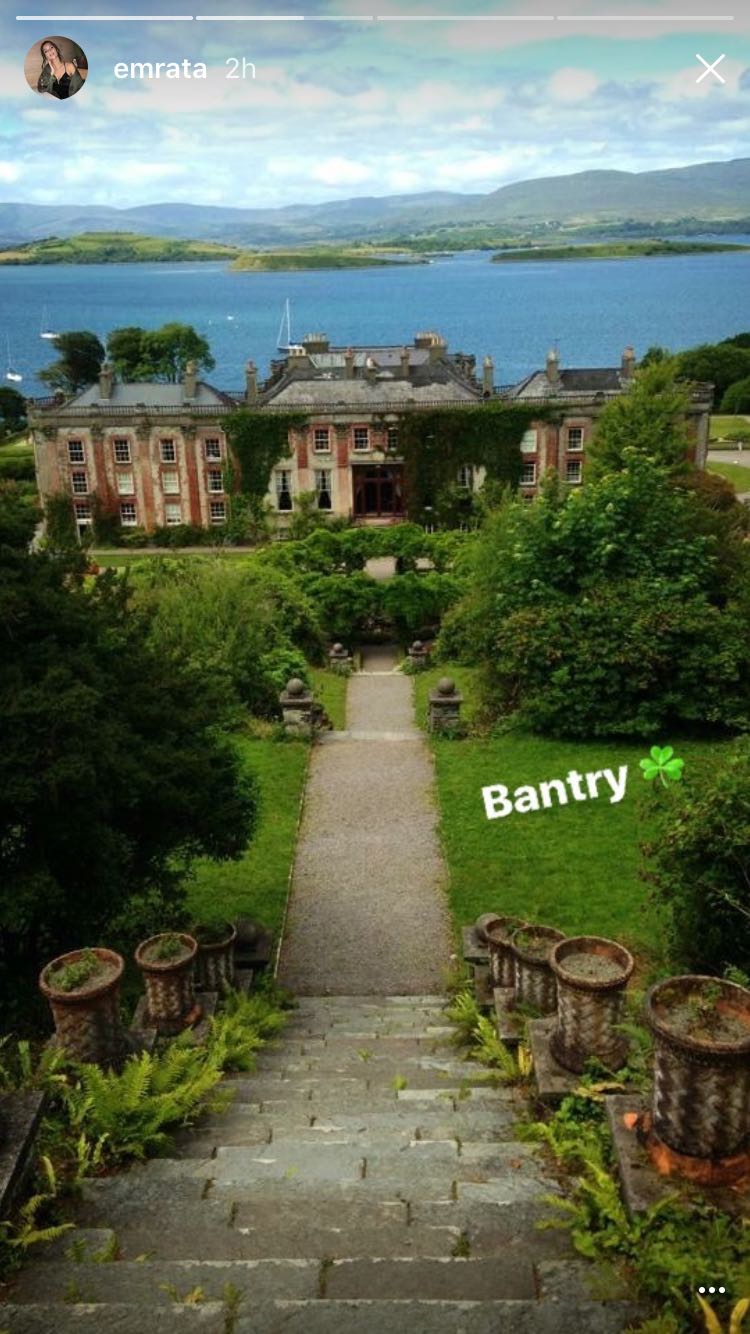 And she's a woman after our own hearts too: chatting to the Sunday Independent a couple of years ago Ms Ratajkowski said while she wasn't averse to Guinness, she was “more of a Smithwick's or Bulmer's girl”. 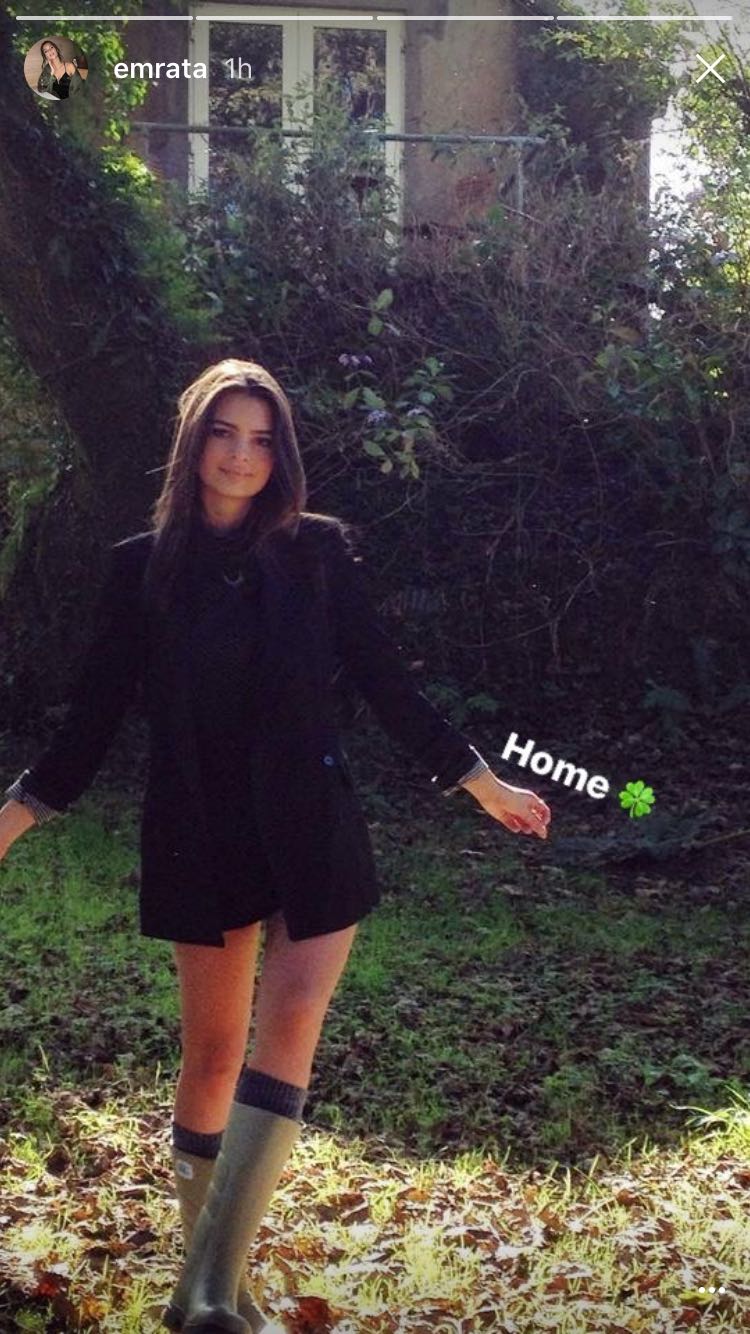 All we can say it... if you're around Bantry tonight, keep your eyes peeled for herself - not least as she seems well up for a selfie.

popular
Miracle baby on the way for bride whose partner died on wedding day
COVID-19 hospital cases fall as 90% of Irish adults are now fully vaccinated
Tributes pour in for 28-year-old primary school teacher killed in London
Cork school gets Ireland's first classroom therapy dog to help ease pupils' anxiety
WATCH: Dublin Zoo's Wild Lights makes its highly anticipated return
Gabby Petito: Police resume search of Florida swamp for fiancé
Paul Mescal is officially nominated as one of the sexiest men alive
You may also like
3 weeks ago
Vicky Phelan vows to never miss another child's birthday again
1 month ago
Marissa Carter's name is off Cocoa Brown products - but she's not giving up so easily
1 month ago
There's an Instagram page that shows you exactly where to buy the Love Island clothes
1 month ago
Love Island's Millie and Liam may have bumped into each other long before the show
1 month ago
Love Island's Danny Bibby speaks out about racism scandal
2 months ago
Norway introduces laws against photo editing and retouching
Next Page