She reportedly "lashed out" at him.

Young love can be intense, wonderful, and very fu*king volatile.

Which may explain why reports have been made about Brooklyn Beckham and his girlfriend, Hana Cross. 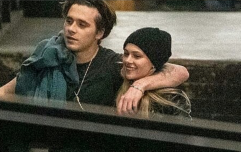 Brooklyn Beckham spotted with his new girlfriend, Nicola Peltz during a family outing at the theatre

END_OF_DOCUMENT_TOKEN_TO_BE_REPLACED

According to The Sun, security guards stepped in and separated Brooklyn and Hana, after an argument broke out between them.

She apparently "lashed out" at her boyfriend, resulting in the interference from security.

The young couple were enjoying a luxurious lunch in Cannes when the fight kicked off.

According to reports, Hana challenged Brooklyn Beckham on something, which resulted in "screaming and crying."

Sure look, we've all been there lads.

This is not the first public argument between the pair, and it is believed that Brooklyn's mum and dad, David and Victoria, are quite concerned about the volatile relationship. 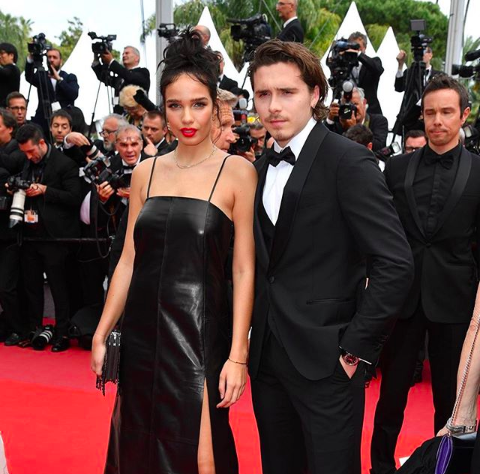 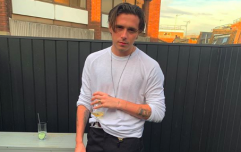 END_OF_DOCUMENT_TOKEN_TO_BE_REPLACED

A friend of Hana's spoke to The Sun, and said:

"They had had a couple of drinks and started trading insults. They are both still young, so of course everything is very impassioned at that age."

"Hana confronted Brooklyn and lashed out, and security waded in. David and Victoria were contacted and made aware of the incident."

"Not surprisingly, they are seriously worried about the couple's toxic relationship and frustrated by all this humiliating public drama."

According to the report, the fight did not get physical, and the pair have since apologised to each other.

popular
These are the top baby names for 2022
Man charged in connection with Ashling Murphy's murder
People are only realising Kendall Jenner and Gigi Hadid are related and the reactions are gas
Here are all the Instagram accounts of the stars of Netflix's Cheer
Teen who pushed girl “head first” under Dart to face trial in adult court
Taxi driver who dropped missing woman Bernadette Connolly off comes forward
Here's what happens on every day of your menstrual cycle (roughly)
You may also like
4 months ago
The internet can't get over Keke Palmer not knowing who Brooklyn Beckham is
2 years ago
Brooklyn Beckham reportedly dating actress Phoebe Torrance after split from Hana Cross
2 years ago
Romeo Beckham is pictured with his girlfriend Mia Moocher for the first time
2 years ago
David Beckham shares some wise words with Brooklyn about his girlfriend
2 years ago
Brooklyn Beckham and Hana Cross look like a young Posh and Becks during Cannes Film Festival
2 years ago
Brooklyn Beckham gets own 'home' for privacy with girlfriend Hana... in his parents' mansion
Next Page