In the latest issue of Elle US, Selena Gomez admitted that she reached out to Demi Lovato after her suspected drug overdose.

The cover star explained that she reached out to Demi privately because she didn't want to make it a "public thing".

"All I’m saying is, I reached out personally. I didn’t do a public thing," said Selena.

The star then continued to reveal that the pair have been friends for years, first meeting on the set of Barney at the age of seven. 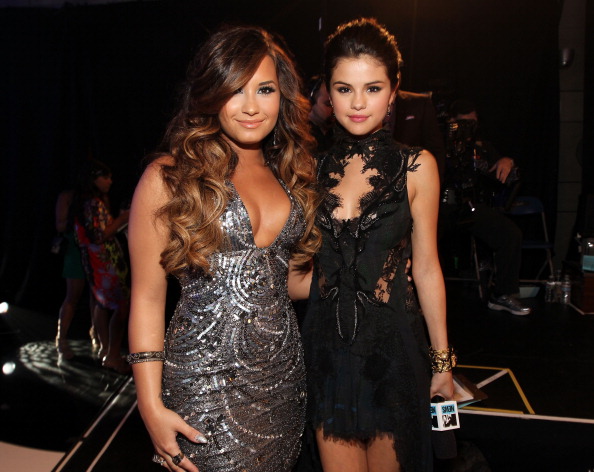 Demi Lovato was hospitalised in July after she collapsed in her Los Angeles home and is now undergoing treatment for her addiction.

Demi first took hard drugs at 17. She has said:

"I felt out of control with the coke the first time that I did it," adding, however, that she grew to "love it."

The star furthermore has spoken of her fears of overdosing. During what she describes as a two-month "bender" after a stint in rehab, she mixed cocaine and Xanax.

"I started to choke a little bit and my heart started racing. I remember thinking, 'Oh my God, I might be overdosing right now.'"

Selena Gomez didn't have any further comments on Demi nor did she give an update on how the star is currently doing.

The 26-year-old admitted that she is trying to keep her private life as private as possible even though she holds the record for the most Instagram followers in the world at 142 million.

"I don’t have my password for Instagram. I have no apps on my phone, no photo editing apps. I have Peak, a brain game. The reason why is, it’s not real to me, I know my voice is very prominent, but I’m not careless with it. I’m selective."

The Naturally singer is the current cover star for Elle US where she speaks of her work with A21 and her new collaboration with Coach.

You can read all here.

popular
Vicky Phelan says she wants to pass away in holiday home "for the kids' sake"
Rob Kearney and Jess Redden arrive at wedding venue ahead of big day today
Irish man in his 20s dies after being kicked by a horse
Here are the new restrictions being considered for Christmas
Nphet recommend concerts to be reduced by half until January
Tributes paid to 29-year-old Irish woman who tragically passed away on holidays
These are the most popular baby names for 2021
You may also like
9 hours ago
Alec Baldwin says he does not feel guilt over film-set shooting of Halyna Hutchins
1 day ago
Father and girlfriend found guilty over death of 6-year-old Arthur Labinjo-Hughes
1 day ago
DSPCA and Gardaí rescue over 30 puppies and dogs from Dublin apartment
2 days ago
Norma Foley addresses concerns over schools staying closed in January
2 days ago
An Post reduces gender pay gap from 3.7% to zero
2 days ago
Woman's body discovered in Co Clare waters as investigation launched
Next Page