Is that Seth Rogen without a beard?

Seth Rogen has shocked fans after posting a picture of him apparently clean-shaven, in which he looks unrecognisable.

Rogen shaved off his distinctive beard for a role he is playing in new TV series Pam & Tommy. The series is about Baywatch star Pamela Anderson and her husband Tommy Lee, the drummer in Mötley Crüe, and looks at the scandal after a sex tape of the couple was leaked.

Rogen will play Rand Gauthier in the series, the man who stole the tape. The show will also star Lily James and Sebastian Stan as Anderson and Lee.

Here’s a peek at Pam & Tommy, coming to @Hulu. Based on the true scandal that started it all, featuring Lily James, Sebastian Stan and @SethRogen… ready to rewind? #PamAndTommy pic.twitter.com/4ctdKYEm9F

In pictures of himself and his co-stars on set that he posted on his Instagram, the 39-year-old comedy star is sporting a shifty mullet, a striped top, knee-length denim shorts (very wavy garms), and most strikingly of all, a clean-shaven face (scroll across to picture three).

So many people couldn't believe how different he looked without his facial feature.

One user commented: "The fuck am I looking at? Is that you Seth??? That's a different person I swear."

Another said: "I didn't recognize you lol." 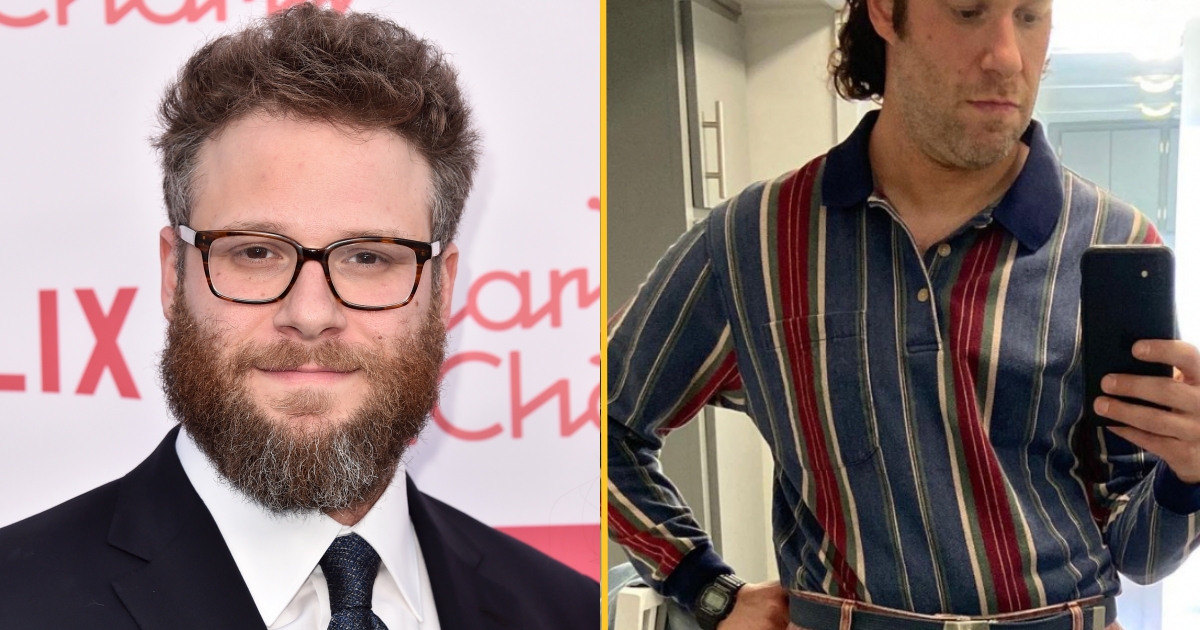 It's been a busy few days for Seth, as he's been promoting his new memoir, Yearbook. According to the book's website, it is a "collection of true stories that I desperately hope are just funny at worst, and life-changingly amazing at best."

The actor and producer also recently said that he has "no plans" to work with James Franco again, following multiple allegations of misconduct.

Speaking to The Sunday Times, Rogen said that since reassuring fans the pair would work together again around the time of the allegations, "the truth is that I have not and I do not plan to right now.” He went on to note that it was “not a coincidence” they hadn't worked together again and that the case "has changed many things in our relationship and our dynamic.”

Though he, obviously didn't go into too much detail, he did state: “What I can say is that I despise abuse and harassment and I would never cover or conceal the actions of someone doing it, or knowingly put someone in a situation where they were around someone like that.”

popular
Adam Collard responds to claims he cheated on Paige Thorne
Woman who 'fell off' rollercoaster ride is identified
Ellie Simmonds targeted by online abuse following Strictly debut
Corrie actress Lucy Fallon pregnant after miscarriage heartache
Netflix's true crime series Sins of our Mother is seriously insane
WATCH: First look at Netflix's YOU season 4
Alec and Hilaria Baldwin welcome their seventh child
You may also like
1 month ago
David Attenborough is coming to Ireland for new nature documentary
2 months ago
Love Island producers to launch middle-aged spin-off for Mums and Dads looking for romance
2 months ago
Love Island's Gemma finally tells villa about dad Michael Owen on TV
4 months ago
The six Eurovision countries with "irregular voting patterns" have been revealed
7 months ago
The Late Late Show is looking for couples and singles for its Valentine's Special
8 months ago
WATCH: The trailer for the final season of Peaky Blinders is here
Next Page