She held nothing back.

Jennifer Lawrence got the chance that any super fan would dream of: interviewing her favourite celeb, where no topic was off limits.

The 27-year-old actress stepped in as a guest host on Jimmy Kimmel Live on Thursday night, where she interviewed Kim Kardashian West.

The Oscar winner told the audience that she had been "obsessed" West and her famous family "for a decade in a very healthy way"  as she introduced the reality TV star.

END_OF_DOCUMENT_TOKEN_TO_BE_REPLACED

And after asking her first question ("Do you think it's a coincidence that Reggie Bush's wife looks just like you?"), the pair jumped right into the interview.

From her favourite of the Kardashian-Jenner siblings to Kanye's strangest quirk, the mum-of-two answered all of JLaw's "deeply personal" inquiries.

So here's eight things we learned from Jennifer Lawrence's interview with Kim Kardashian:

It turns out that the mum-of-two used to be the "go-to spy" her friends went to try and get info on their boyfriends or husbands.

“I’m fully retired but I used to be the go-to spy that everyone would call and try to get info on their boyfriends or husbands.

“I just probably was in an insecure, untrusting relationship and had to form my skills.

“We’re screwed now that’s there’s texting because no one leaves voicemails anymore but I got some major dirt back in the day.”

So many laughs tonight!!! Jennifer really asked me anything & everything!!! pic.twitter.com/K0Cxw0xp7u

Kim has a favourite sibling (kind of)

The Kardashian-Jenner clan are a very tight-knit family, but it turns out that Kim (sort of) has a favourite sibling.

JLaw asked the mum-of-two which member of her family she would kill last if she was stranded on a desert island - after a slight bit of clarification (kids were not included in this).

“We all go through periods, and her and I are really vibing right now.” 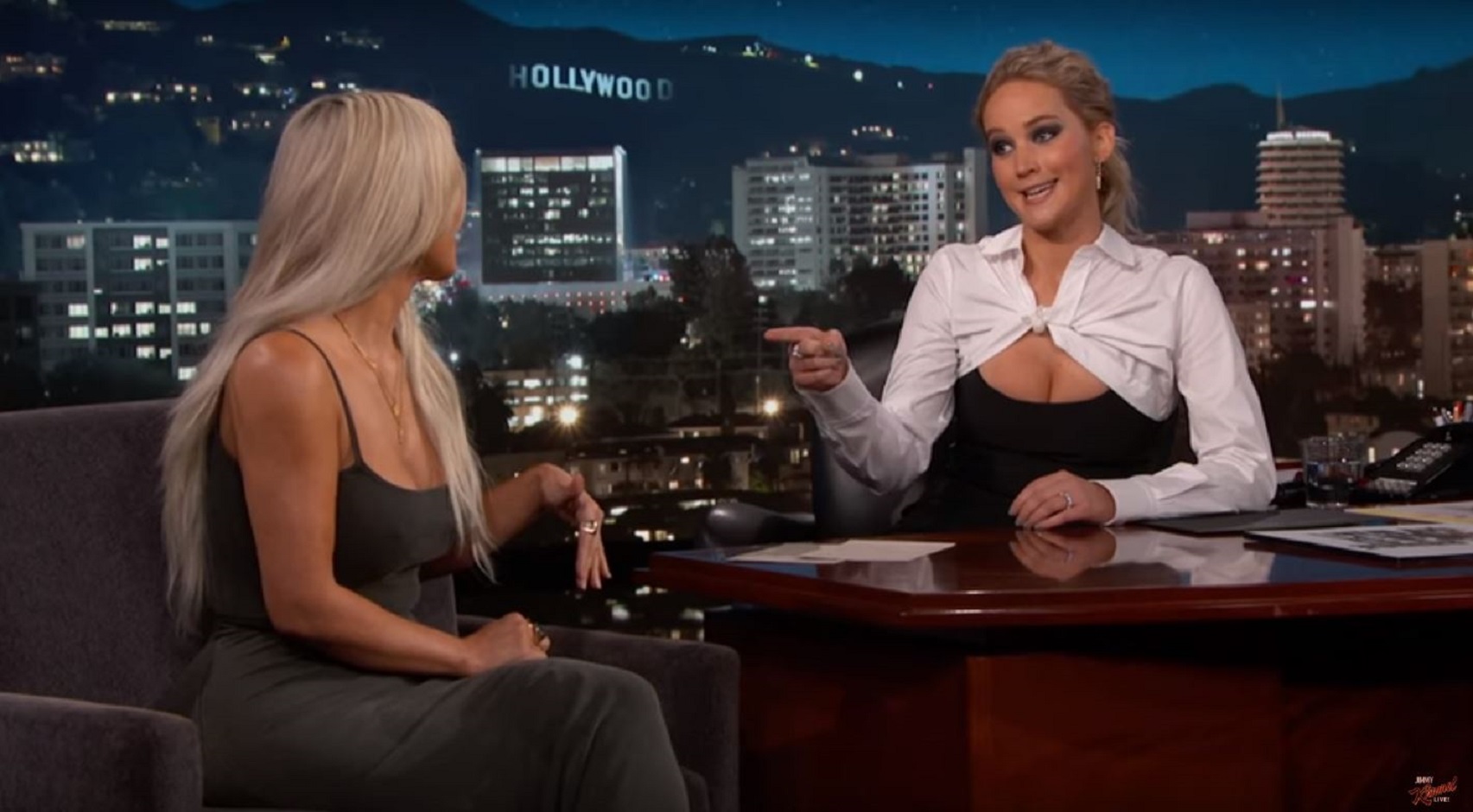 Kim found out she had been cheated on - on her birthday

And while she didn't name names, she recalled:

“I got into the voicemail thing and I was at dinner with all of my best friends. I put it on speaker wondering where my boyfriend was.

"He was flying in town to meet another girl on my birthday and lied to me that he was in a different city."

“Oh my god, that’s like a Taylor Swift song.”

Kourtney's one-time 'fling' Justin Bieber and Selena Gomez recently sent the rumour mill into overdrive after being spotted on a series of cosy-looking outings.

And with the recent reports that the former couple are back "on", Kim is fully supportive.

Guest Host Jennifer Lawrence is obsessed with @KimKardashian and has a LOT of amazing questions for her TONIGHT on #Kimmel! pic.twitter.com/8bf22GwSrh

Despite all the glitz and glamour, Kim insists that the family have a very low-key private life.

"We are super normal, we watch Family Feud every night before we fall asleep." 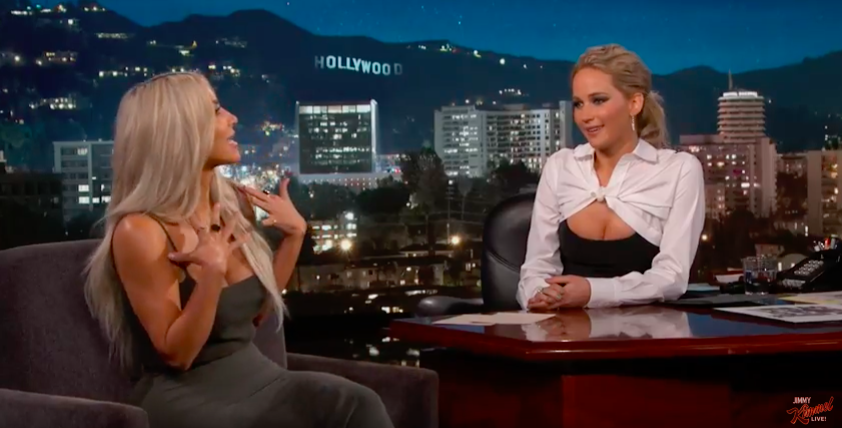 Kanye has a very unusual habit

Kim confessed that the rapper has a certain quirk that often leaves her flying somewhat-solo when they head out.

"We’ll be at a meeting or he’ll introduce me to people I’ve never met before, we’ll be at a restaurant and he’ll be snoring at the table and I'm stuck to fend for myself." 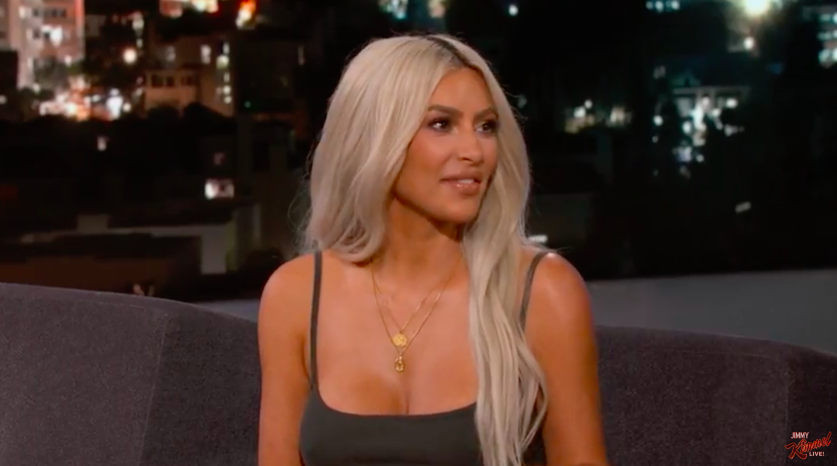 Kim hasn't spoken to O.J. Simpson since he was released from prison

The daughter of the late Robert Kardashian Sr admitted that she hasn't spoken to O.J. in almost a decade.

“I haven’t. I haven’t talked to him in years.

"I think I saw him at a club in Miami like a decade ago."

The reality TV star also explained why she doesn't particularly like discussing O.J. at all.

“I have so much respect for his children. I feel like my mom and Caitlyn [Jenner] both say a lot about it and they’re really vocal.

"And I just feel like, you know, his kids. It must be like really hard. I just try to stay away from it." 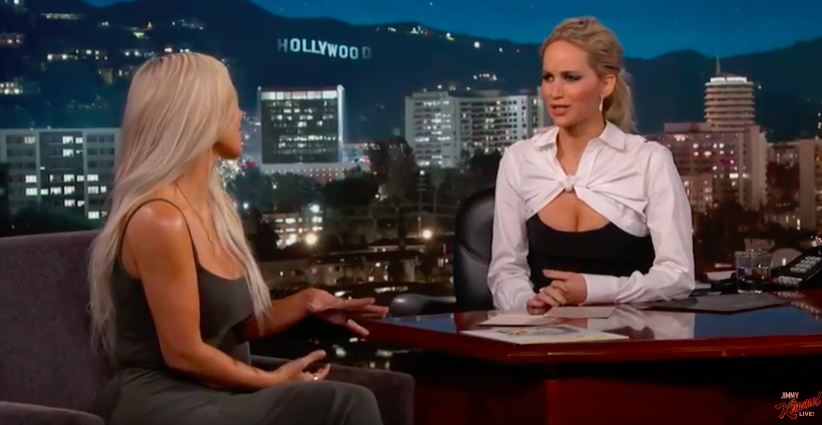 “I always said when someone is going to ask me: Dream is going to see this one day and so it’s just super respectful not to say anything about my niece’s mom."