It's a minefield out there in the lawless lands that are Tinder, Bumble, Hinge, and whatever other apps are stopping us all from actually meeting people organically. 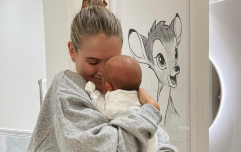 Molly Mae shuts down backlash over her baby girl's name

END_OF_DOCUMENT_TOKEN_TO_BE_REPLACED

And although many of us would presume that being a genuine celebrity would make finding love that little bit easier, it turns out that for some, it doesn't. It actually makes it harder.

Especially if you're Sharon Stone and nobody actually believes that you are who you say you are.

The Basic Instinct star decided to set herself up a Bumble account recently, only to find that her account had been suspended because too many users thought it was fake. 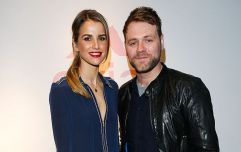 Vogue Williams opens up about her divorce from Brian McFadden

END_OF_DOCUMENT_TOKEN_TO_BE_REPLACED

"I went on the @bumble dating sight and they closed my account," she wrote. "Some users reported that it couldn’t possibly be me!"

"Hey @bumble, is being me exclusionary? Don’t shut me out of the hive."

Stone's fans were quick to lament her blocking, while also suggesting that she date them instead of using an app (fat chance, lads). 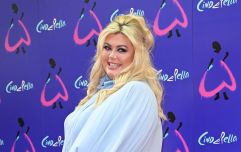 END_OF_DOCUMENT_TOKEN_TO_BE_REPLACED

But it seems as though Sharon won't have to wander down that worrisome path just yet, as Bumble have seemingly remedied the issue.

"There can only be one Queen Stone," they wrote on Twitter. "Looks like our users thought you were too good to be true." 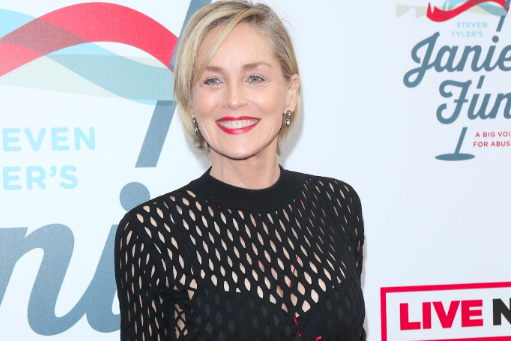 "We’ve made sure that you won’t be blocked again. We hope that everyone in our community takes a sec to verify their profiles. (Catherine Tramell from Basic Instinct gets a pass today!)"

The app's editorial director Clare O'Connor also responded to Stone to reassure her that everything was, indeed, as it should be.

"AHA! @sharonstone, we at @bumble found your account, unblocked you, and ensured this won't happen again. You can get back to Bumbling!" she said.

"Thanks for bearing with us and hope you find your honey."

popular
Bride asks for divorce day after wedding following groom's disrespectful cake stunt
Molly Mae shuts down backlash over her baby girl's name
Expert team end search for Nicola Bulley declaring she’s not in the water
Emma Pattison made distressed call to her sister before murder-suicide
Brother and sister abducted in March 2022 have been found alive
Madonna calls out "ageism and misogyny" following Grammys appearance
Natalie Imbruglia's Torn is actually a cover and the original just isn't the same
You may also like
9 months ago
Fast-forwarding: Should we be upfront when it comes to dating?
1 year ago
The top five spookiest date night ideas according to Bumble
1 year ago
Women howling over man's dating app claim to make girls 'oink'
1 year ago
Nearly half of women cancel dates due to body insecurities
1 year ago
Bumble is giving its employees an extra week off to de-stress
1 year ago
"We want to put women in the driving seat" - We sat down with head of Bumble UK and Ireland
Next Page