Bruce Jenner has yet to publicly complete his gender transition but Kim Kardashian has revealed that the former Olympian looks "beautiful" as a woman.

The former Olympian spoke out about his journey in a recent interview with Diane Sawyer, telling the world "I am a woman".

Stepdaughter Kim this week gave a three-part interview to Access Hollywood in which she said that she had seen Bruce dressed as a woman and described him as looking "very comfortable". 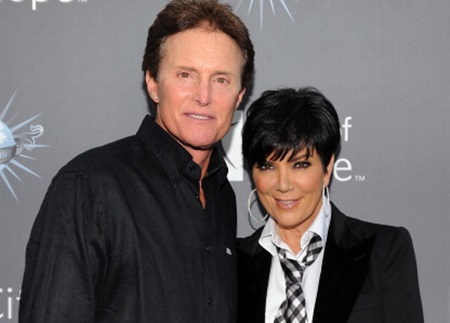 END_OF_DOCUMENT_TOKEN_TO_BE_REPLACED

Bruce has asked to be referred to by his current name and using the male pronoun at the present time but Kim revealed that the family are discussing when he will "change over from he to she" and has informed them of his chosen name.

"We want to make sure we are doing the right thing and honouring the transgender community," she said.

popular
Corrie actress Lucy Fallon pregnant after miscarriage heartache
Alec and Hilaria Baldwin welcome their seventh child
Budget 2023: Parents will not have to pay for primary school books from next year
Netflix's true crime series Sins of our Mother is seriously insane
So, William and Harry have a step sister... and who knew?
Don't Worry Darling crew members deny "screaming match" between Pugh and Wilde
Why Are Men so Obsessed With Boobs? The Answer is Pretty Surprising...
You may also like
1 month ago
WATCH: The trailer for season 2 of The Kardashians has dropped
2 months ago
What celebrities have said about Roe v Wade's overturning in America
3 months ago
Kim Kardashian actually didn't damage Marilyn Monroe dress, Ripley's say
3 months ago
Twitter reacts to 'damaged' Marilyn Monroe dress worn by Kim Kardashian
3 months ago
Kim Kardashian drops a brand new skincare line
4 months ago
Kardashian fans in hysterics after Kim's vegan advert
Next Page