Hollywood star Bette Midler has hit out at 21-year-old singer Ariana Grande and branded her actions as “silly beyond belief."

The star, who was talking to The Telegraph, did not hold back on her feelings about the state of the modern music scene.

“It’s always surprising to see someone like Ariana Grande with that silly high voice, a very wholesome voice, slithering around on a couch. Looking so ridiculous. I mean it’s silly beyond belief and I don’t know who’s telling her to do it.” 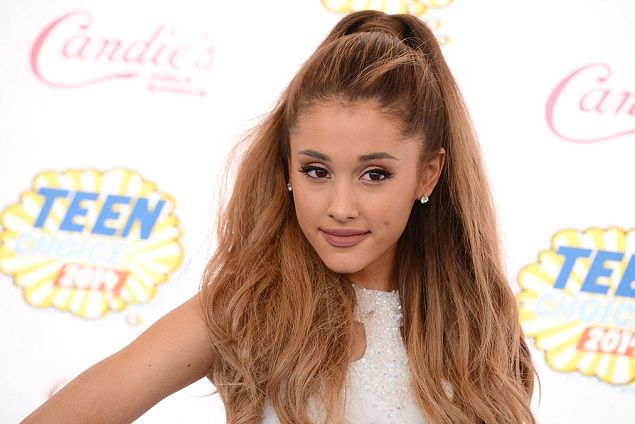 END_OF_DOCUMENT_TOKEN_TO_BE_REPLACED

Bette reflected that maybe the young singer does not have a choice in what she does and said, “It’s not my business, I’m not her mother. Or her manager. Maybe they tell them that’s what you’ve got to do. Sex sells. Sex has always sold.”

The Hollywood veteran then advised young starlets to “trust your talent. You don’t have to make a wh**e out of yourself to get ahead. You really don’t.

“I mean, don’t ask me. It’s beyond me. I’m too old. I don’t know what the end game is going to be,” she continued. “I don’t know where you go from all that sex in your twenties. I don’t know how you sustain it.

popular
Charlie Bird says he "cries every day" as he struggles to cope with MND diagnosis
Princess Charlene in "very vulnerable" condition, says father
Real Housewives of Johannesburg star Naledi Willers dies aged 30
Boris Johnson announces birth of "healthy baby girl"
Concerns over travel restrictions this Christmas due to “significant numbers” of Omicron
Marty Morrissey to take a step back from RTÉ after tragic death of mum Peggy
Schoolboy placed in isolation for putting hair in plaits like female classmates
You may also like
2 years ago
Turns out, this colour of wine gives you the WORST hangover
5 years ago
Lily Allen has revealed that she was stalked for seven years
5 years ago
Pretty Little Liars actor Brandon Jones could be facing over five years in prison
5 years ago
Gwen Stefani Receives Massive Backlash After "Insulting" April Fools' Prank
5 years ago
Katie Price Names And Shames The Twitter Trolls Bullying Her Son Harvey
5 years ago
Kim Kardashian Blasts "Body-Shaming and Slut-Shaming" In Brilliantly Honest Post
Next Page