This year's X Factor is reuniting some of the most popular judges including Louis Walsh, Nicole Scherzinger, and Sharon Osbourne.

However, as always, Simon Cowell aka Mr. Nasty, can be relied on to stir up trouble which he did recently with a comment directed at Nicole.

END_OF_DOCUMENT_TOKEN_TO_BE_REPLACED

According to The Mirror,  a singer by the name of Niall Sexton (he must have Irish roots) performed Nicole's song Run with Nicole and Simon having varying opinions about his choice of song.

That's when things took a turn and Simon reportedly made a comment about Nicole's ex-boyfriend, Formula One ace Lewis Hamilton.

It's rather harsh and although the music mogul probably meant it as a joke, it's easy to see why Nicole wouldn't have taken it that way. 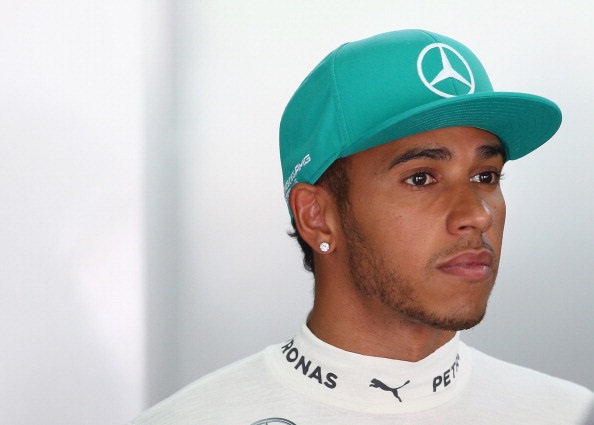 "What’s the song called? Run. Why does it make me think of Lewis Hamilton? He’s fast. Let’s dedicate that to Lewis, shall we?"

Quick to reply, Nicole fired back with an equally sarcastic jibe:

“Yeah, let’s dedicate those lyrics and that song to Lewis shall we?”

It seems that the comments were made at the boot camp stages of the auditions and after the comment, Simon laughed while Sharon gave the singer a hug.

An insider later told the publication:

"It seemed an ill-timed joke and Sharon seemed to sense Nicole’s unease".

"He was clearly suggesting Lewis ran away from Nicole and split up their relationship".

Lewis and Nicole were together from 2007 to 2010 before breaking up. They then split up and were together on and off before getting engaged in 2015.

They called off the engagement and went their separate ways in February of last year.

The X Factor returns in a matter of weeks and judging by this incident, there's going to be plenty of drama.

popular
Irish girls name was the most used Irish name in the United States last year
Why Are Men so Obsessed With Boobs? The Answer is Pretty Surprising...
Here Are The Top 20 Most Common Pin Codes in The World
Mindhunter's Brian Tench storyline is based on a real child murder case from the '70s
Science says this is how many dates you have to go on before you find 'The One'
Love Island fans are scratching their heads after finding Tasha's maternity photoshoot
Selling Sunset's Maya Vander experiences miscarriage
You may also like
2 months ago
Liam Payne finally explains weird accent during hilarious Oscars interview
10 months ago
Alexandra Burke says she was "asked to bleach" her skin
1 year ago
Cher Lloyd appears to call out X Factor exploitation in viral TikTok
2 years ago
Love Island band 'No Love Lost' confirm split as Wes Nelson is 'working' on solo record
2 years ago
WATCH: Jahmene Douglas says X Factor was 'traumatising', urges singers to avoid it
2 years ago
Simon Cowell 'didn't have a clue' who the X Factor: Celebrity contestants were before filming
Next Page