Simon Cowell has hinted he plans to sign Fleur East to his record label, regardless of the results of tonight’s live show.

The 27-year old is competing against Ben Haenow in the X-Factor final show tonight, which will see one walk away with a recording contract. 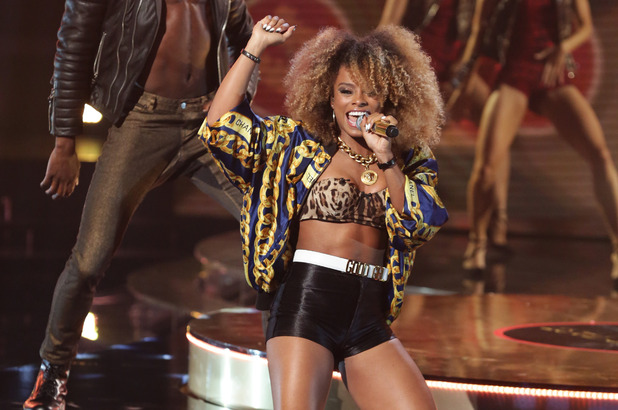 END_OF_DOCUMENT_TOKEN_TO_BE_REPLACED

Following last week’s performance at the semi-final, Cowell admits he was blown away by Fleur’s performance of Uptown Funk, and thinks he can make the Londoner the ‘British Rihanna’.

Speaking to the Daily Star, a show insider said:

“Simon made the decision to sign Fleur after last week’s semi-final.

“He would love her to be crowned champion but he will give her a record deal whatever happens.”

END_OF_DOCUMENT_TOKEN_TO_BE_REPLACED

The music mogul didn’t deny the rumours either, telling the paper:

“Based on what I saw last week, I’d have to say Fleur really has the potential to be huge if she was given material as good as Uptown Funk.

END_OF_DOCUMENT_TOKEN_TO_BE_REPLACED

“I’ve never seen such a reaction to a song in my life. It was unbelievable. The original is fantastic but what she did with it is ­incredible. It was almost perfection.

“She could sing and dance and put on a show and we haven’t seen anyone like that in a long time.”

Video via The X Factor UK

popular
"You can’t imagine what it feels to have had a baby and yet feel like you didn’t"
Gwen Stefani reportedly pregnant with baby number four
This is what's coming to Disney+ in December
Kate Garraway gives heartbreaking update about Derek's health
The Lion King is returning to Dublin next year
Mother of missing X Factor star speaks out a month after his disappearance
Oscar winning Green Book actor found dead on New York street
You may also like
3 years ago
Turns out, this colour of wine gives you the WORST hangover
6 years ago
Gwen Stefani Receives Massive Backlash After "Insulting" April Fools' Prank
6 years ago
Katie Price Names And Shames The Twitter Trolls Bullying Her Son Harvey
6 years ago
Kim Kardashian Blasts "Body-Shaming and Slut-Shaming" In Brilliantly Honest Post
6 years ago
WATCH: Emma Watson Launched HeForShe Arts Week On International Women’s Day
6 years ago
Kylie Minogue Just Served Kylie Jenner With Some Scathing Home Truths
Next Page