Simone Biles discusses childhood hunger: "We didn't have a lot of food."

The gymnast spoke about life before she was adopted.

Simone Biles, who is regarded as one of the greatest gymnasts of all time, has opened up about her early life, and her experience with hunger as a child.

The US Olympian shared stories from her childhood during an episode of the Facebook Watch series, Simone vs. Herself. 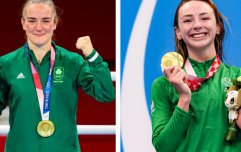 END_OF_DOCUMENT_TOKEN_TO_BE_REPLACED

Biles said that food was scarce under the care of her biological mother.

"Growing up, me and my siblings were so focused on food because we didn't have a lot of food," she explained. "I remember there was this cat around the house and I would be so hungry. They would feed this cat and I would be like, 'Where the heck is my food?'"

The gymnast explained that this is the reason she doesn't like cats.

"This freaking street cat," she said. "She always fed it. But she never fed us."

Simone and her sister Adria were subsequently adopted by their maternal grandparents, Nellie and Ronald Biles.

During the episode, Nellie spoke about raising the children. 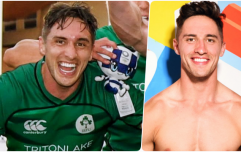 END_OF_DOCUMENT_TOKEN_TO_BE_REPLACED

"I knew I had my own boundaries because these were not my biological children," she said. "You do everything that's nurturing, that's mothering, but emotionally you still have to be there 100%. And I was not."

"And when that feeling comes, that's when you know you're truly a mother."

Biles officially made the US Olympic team for the second time over the weekend.

At the 2016 Olympics, she dazzled audiences during her events and won four gold medals and one bronze medal. On top of that, she has won 25 World medals, 19 of which are gold. She also holds the record for most all-around titles at the World Championships.

popular
Primark reintroduces female-only fitting rooms after two men walk in on woman
Davide Sanclimenti opens up on having kids with Ekin-Su Cülcüloğlu as he turns down Dancing On Ice
Anna Delvey is set to be released from prison
8-year-old Ukrainian girl stabbed in Clare 'out of danger'
Man and woman charged with murder of four year old boy in 2021
Woman tells Kate Middleton 'Ireland belongs to the Irish' during Belfast visit
Hilary Swank, 48, reveals she is pregnant, expecting twins
You may also like
1 month ago
Swimming caps for Afro hair have been approved for elite sports - but why not sooner?
5 months ago
Selling Sunset fans question Emma's olympic swimming claims
7 months ago
The problems with women's Olympic figure skating go much deeper than doping
7 months ago
15 year old Russian figure skater banned after failed drug test at Beijing Olympics
8 months ago
Meet the 6 athletes representing Ireland at the Winter Olympics
9 months ago
Ellen Walshe breaks two records and wins silver for Ireland in Abu Dhabi
Next Page