Not one to keep schtum about her feelings, Sinead O' Connor was PRETTY vocal about Kim Kardashian this week.

The Nothing Compares to You singer did not mince her words when she took to Facebook to discuss Kim's recent photoshoot. 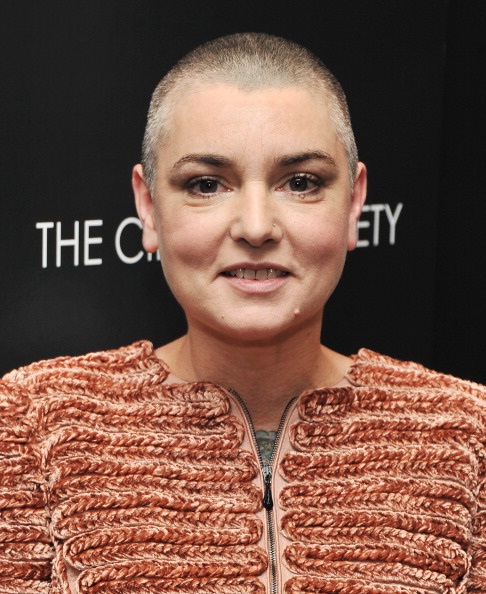 The singer proclaimed the death of music on Facebook.

END_OF_DOCUMENT_TOKEN_TO_BE_REPLACED

The Keeping Up With The Kardashians star sparked controversy earlier this month when she graced the cover of Rolling Stone magazine.

Readers remarked that the choice was an odd one for the iconic magazine, and many expressed their disappointment with the publication.

However, NOTHING compares to Sinead O' Connor's reaction. 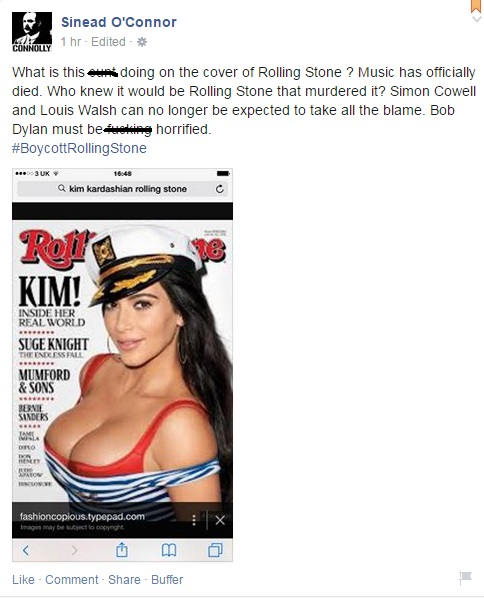 The 48-year-old has openly lamented at the music industry and the objectification of women in the past, and famously penned an open letter to Miley Cyrus on the matter.