The music stars said "I do" in front of their friends and family, and there were some famous faces on the invite list too.

END_OF_DOCUMENT_TOKEN_TO_BE_REPLACED

Getting hitched in Athlone yesterday afternoon, the couple and their nearest and dearest celebrate at the five star Kilronan Castle in Roscommon after the ceremony.

The bride wore a stunning gown with a sweetheart corset with thin straps by Irish designer Geraldine O’Meara.

It was complete with a low back with beautiful buttons and a long train running at the back.

Naturally, Cliona added her own personality into the look with some "bling bling", as she put it. 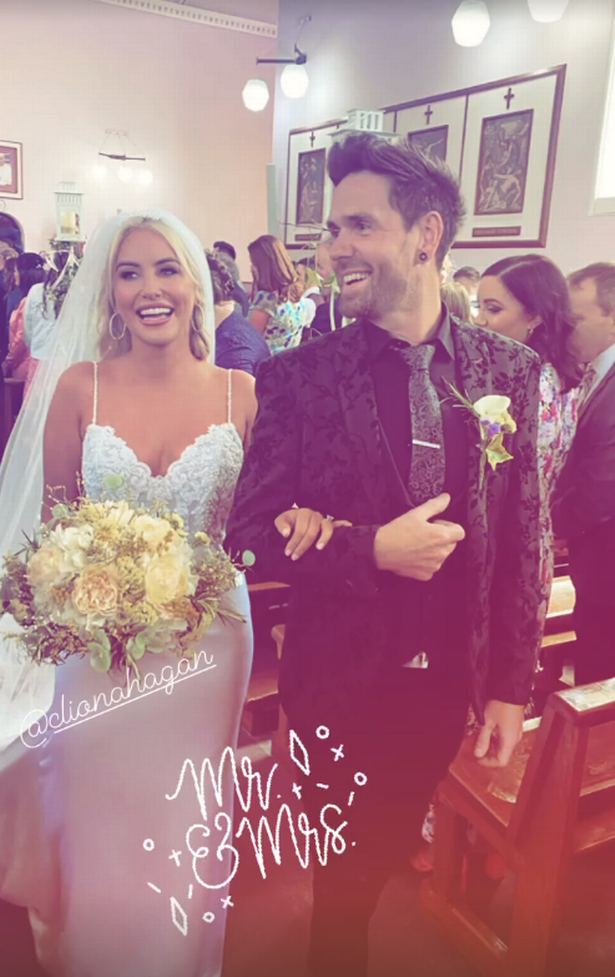 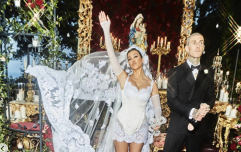 END_OF_DOCUMENT_TOKEN_TO_BE_REPLACED

Simon was dressed to the nines in a very unusual wedding look from GUY Clothing in Tullamore. Going for something less traditional, he wore a smart casual look with jeans on his big day.

With famous faces there on the day to celebrate, the likes of Susan McCann, Louise Morrissey, Johnny Brady, Nigel Connell, Simon Casey and Una Healy all came to enjoy the day.

Cliona previously told RSVP Magazine: "Everybody says that the day goes really fast, so we’re going to make it an awesome day to remember." END_OF_DOCUMENT_TOKEN_TO_BE_REPLACED

Simon added: "People ask us that quite a bit, and I have to say I’m looking forward to the whole thing.

"I won’t be nervous on the day. I think proposing is a lot more nerve-wracking than getting married."

Simon proposed to Cliona in front of Lough Ree back in December 2020.

popular
Love Island’s Afia explains why Gemma’s dad has not been mentioned on show
Two dumped islanders have confessed their feelings for each other since leaving the villa
Love Island fans concerned over "bullying" of Ekin-Su
Love Island fans are in shock after new boy Charlie revealed his age
Selling Sunset's Maya Vander experiences miscarriage
Why Are Men so Obsessed With Boobs? The Answer is Pretty Surprising...
PSA: Casa Amor is happening - and soon
You may also like
3 weeks ago
Elvis weddings could soon be banned from Las Vegas
3 weeks ago
Pregnant bride goes into labour on her wedding day four weeks early
1 month ago
WATCH: People are losing it over clip of Kendall Jenner trying to climb stairs at Kourtney's wedding
1 month ago
Kourtney Kardashian and Travis Barker have officially gotten married
1 month ago
Bride and groom praised for interesting way they decided on surname
1 month ago
Roz Purcell shares rare pics with boyfriend Zach at wedding
Next Page