(Warning: this story contains details of rape and abuse.)

"I had to set myself free."

Duffy has shared a lengthy blog post detailing her ordeal of being drugged and raped while held captive almost a decade ago.

The 'Mercy' singer revealed earlier this year that she had disappeared from music due to the trauma of being kidnapped and drugged repeatedly over a four week period.

She said that she had spoken to a journalist about what had happened to her, and that she wanted to continue to share more of her words to feel "liberated."

In a new blog post, the singer that she shared her experience initially because she was "tired of hiding."

"Never feeling free or burden free. I had become enmeshed with my story like a dark secret. It made me alone and feel alone," she wrote.

"What is also hard to explain is that, in hiding, in not talking, I was allowing the rape to become a companion. Me and it living in my being, I no longer wanted to feel that intimacy with it, a decade of that intimacy has been destructive.

"I had to set myself free. I have been hurt and it would have been dangerous to talk from that hurt place in the past, prior to feeling ready." 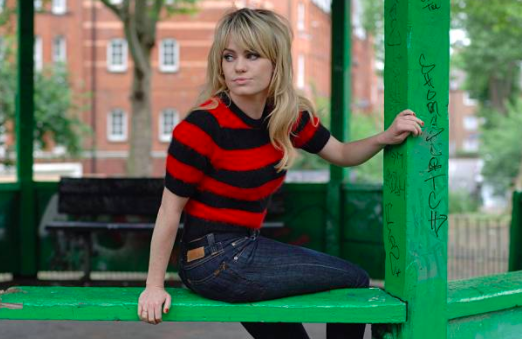 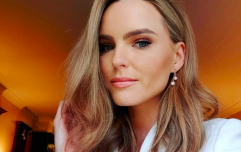 END_OF_DOCUMENT_TOKEN_TO_BE_REPLACED

Duffy said that she was drugged at a restaurant on her birthday before being taken abroad to a foreign country. She said she was then repeatedly drugged and raped in a hotel room, before being flown home with her alleged attacker.

The singer said that she was then again drugged and held captive in her own home for one month.

"I do not know how I had the strength to endure those days, I did feel the presence of something that helped me stay alive," she wrote.

"With what little strength I had, my instinct was to then run, to run and find somewhere to live that he could not find."

Duffy said that after a period of time, a friend of hers saw her on her balcony, "yellow in colour and I was like a dead person."

She said that sometime after the ordeal, she spoke to the police about what had happened. She added that somebody threatened to "out" her story, but that the identity of her attacker remains between her and the authorities.

"I would take off my pyjamas and throw them in the fire and put on another set. My hair would get so knotted from not brushing it, as I grieved, I cut it all off.

"I am sharing this because we are living in a hurting world and I am no longer ashamed that something deeply hurt me, anymore.

"I can now leave this decade behind. Where the past belongs. Hopefully no more “what happened to Duffy questions”, now you know … and I am free."

You can read Duffy's blog post in full here.

popular
This amazing hanging egg chair is coming into Aldi next week and go, go go (but safely)!
Lidl is launching a new hyaluronic skincare range and the serum is only €3.49
Richard Corrigan offering €90,000 wedding package prize for one Irish frontline healthcare worker
After days of silence, Scott and Sofia finally comment on the break up rumours
Thursday set to be the hottest day of the year, says Met Éireann
PSA: White Claw Hard Seltzer is launching in Ireland next month
Patrick Dempsey Denies He Was Fired From Grey's Anatomy For Having An Affair With Intern
You may also like
2 weeks ago
Duffy felt 'liberated' after sharing kidnapping ordeal, encourages fans to talk
2 weeks ago
'Not just a celebration': Creators of Avocado Toast the series talk sex, sexuality, and swinging
4 weeks ago
Life of Pi and Slumdog Millionaire actor Irrfan Khan has passed away, aged 53
1 month ago
'Until we meet again' Samantha Mumba shares tribute to dad who passed away last month
1 month ago
Cork girl battled cancer at 20 months old - now she and her mum are fighting for research funding
1 month ago
#Covid-19: 36 further deaths, 345 new cases of coronavirus in the Republic of Ireland
Next Page