Jessie Ware is now a mum of two after a late-night home birth.

The singer gave birth in her sitting room on Monday night with the help of three nurses.

In the post, she praised the professionals who had assisted in the delivery and Britain's National Health Service.

"Last night I gave birth to a beautiful baby boy in my living room," the 34-year-old wrote.

"I couldn't have done it without the MOST fantastic NHS Homerton Homebirthing team: Francine, Annie and Roisin.

"The level of care and kindness they offered us was incredible.

"Once again I'm reminded how much we should cherish our special NHS."

Jessie announced that she was pregnant back in October, sharing a black-and-white image of herself with a bump to Instagram.

The baby boy is Jessie's second child with her husband Sam Burrows. 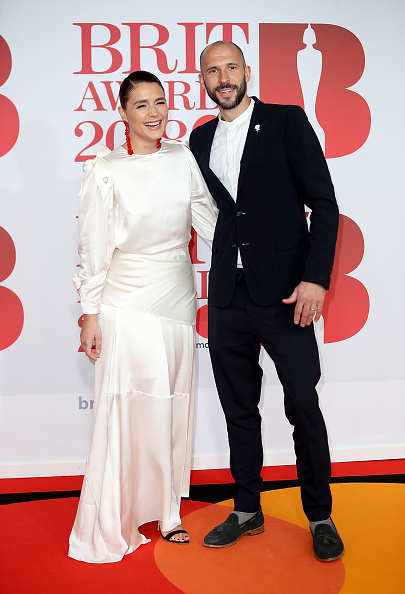 The couple also have a two-year-old daughter whose name they have not made public.

They have been together since their teenage years, having first met in school.

Jessie and Sam married on the Greek island of Skopelos in 2014.

popular
Curtain bangs are trending - here's everything you need to know
'Beard-baiting' is now apparently a dating trend - and we're all for it
4 things to know about Trump's Supreme Court pick Amy Coney Barrett
Rose Leslie and Kit Harington share baby news with super cute photo
10 women on the relationship deal-breakers they learned the hard way
15 tattoo ideas you'll adore if you love the sea
Will there be a second season of Gilmore Girls: A Year In The Life? Here's what we know
You may also like
6 months ago
Due this month? Research says that babies born in March have these three traits
7 months ago
Say what?! The absolute crazy reason women started giving birth lying down
8 months ago
New mum feels incredibly guilty after getting her husband thrown out of delivery room
10 months ago
Woman at high risk of preterm delivery on The Rotunda after her last baby came at 24 weeks
11 months ago
Tonight's episode of The Rotunda will have you in tears
1 year ago
Tonight's episode of The Rotunda is a very emotional watch
Next Page