Sony has admitted to photoshopping Leonardo DiCaprio's chin to promote a new film.

The promo shoot for the new Quentin Tarantino movie Once Upon a Time in Hollywood features the film's stars, DiCaprio and Brad Pitt.

However, some people noticed that Leo's chin looked a bit, shall we say, "smoother" than usual - as did Brad's.

And yeah, Sony pretty much said that they had edited the lads' chins without being asked to. 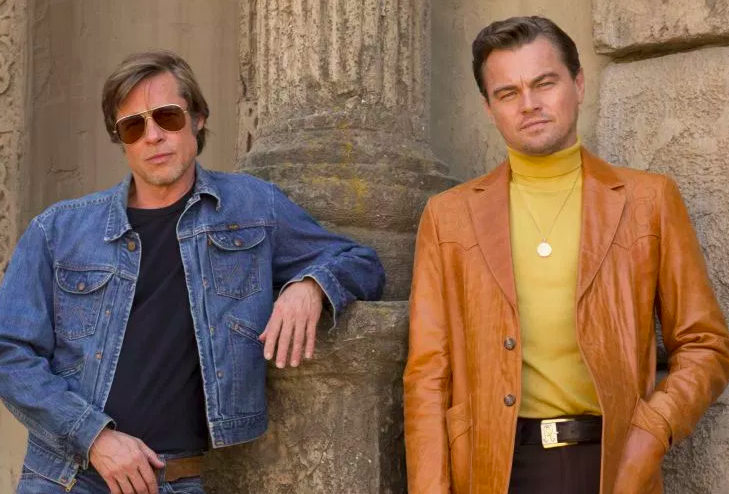 A representative for Sony told Page Six: "The actors did not request any retouching of photography from Once Upon a Time … in Hollywood. We take full responsibility for the error."

The photoshoot first appeared back in June on Leo's own Instagram, leading to people inevitably noticing the slight difference present in chin shape.

In one instance, Leo has a larger, wider chin - and in another the chin is considerably smaller and more pointed.

Sony also confirmed that neither Leo nor Brad had asked for their chins to be reshaped for the purpose of the promo shot.

Once Upon a Time in Hollywood is set for release late next year.

popular
Mother charged with murder of three children in New Zealand
Dublin nurse scammed out of all her savings warns others
Derry Girls star speaks out after show called "distinctively British"
Maura Higgins reveals NTA ordeal after man tried pulling her into a car
The 'secret' Zara label signs that'll apparently help you get the right size every time
Bruce Springsteen expected to play Cork and Dublin next year
Waterford man jailed for six months for sexual abuse of niece
You may also like
1 year ago
Did the president of Brazil just accuse Leonardo DiCaprio of starting the Amazon fires?
2 years ago
Leonardo DiCaprio and Will Smith team up to save the Amazon rainforest - with runners
2 years ago
Leonardo DiCaprio announces chilling new true crime series 'Devil in the White City'
2 years ago
One of our favourite actors was almost in Hocus Pocus and we can't cope
3 years ago
Stranger Things star wants Leonardo DiCaprio for the next series
3 years ago
The most watched Oscar speech of all time has just been revealed
Next Page