Sophia Hutchins addresses speculation regarding her relationship with Caitlyn Jenner.

Recently, it had been rumoured that Sophia and Caitlyn were a couple but in a recent interview, Sophia clarified their relationship and says it's not of a romantic nature.

In conversation with The New York Times, Sophia said they have a very close friendship and she is Caitlyn's live-in manager but reports of them being involved romantically are untrue.

More specifically, this never happened, "we were never romantically involved.”

The 23-year-old went on to say that she has a boyfriend aged 30, a Harvard graduate currently working on Wall Street.

When asked, Sophia said that the rumours persisted because both she and Caitlyn chose not to comment and also explained why.

"I don’t feel a need to address my sex life, quite frankly, unless I want to".

So proud of you @caitlynjenner glad I got to visit the jungle! @imacelebrity

It seems that now is the right time to clarify things as Caitlyn has received a large amount of press coverage since deciding to join the recent series of I'm A Celebrity...Get Me Out Of Here.

Sophia flew out to greet her after she was voted off the show and much has been made of the fact that she made the journey to Australia when none of Caitlyn's children did. 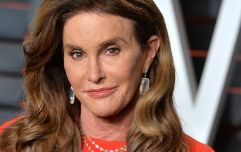 END_OF_DOCUMENT_TOKEN_TO_BE_REPLACED

Brandon Jenner and Kim Kardashian have since waded in to have their say but that hasn't stopped people from questioning what exactly went on.

Caitlyn and Sophia first met when Sophia's makeup artist introduced them, thinking they "would hit it off", they went for brunch and "have been great friends ever since".

Not only that, Sophia has become part of the extended Kardashin/Jenner clan and says "I’m on good terms with all the family, but I’m closest with Kris, Kim, Kylie and Kendall".

Such a special birthday dinner with family. Love you all ?

Kris Jenner used to manage Caitlyn but after they split, this role was now vacant and Sophia persuaded that Caitlyn that she was a good fit with the duo going on to make "a lot of money" together.

Previous estimations say that Caitlyn's I'm A Celeb was the highest ever recorded and this was down to Sophia's negotiating skills, it seems.

popular
It turns out we may have been brushing our hair wrong the whole time
WATCH: Former 'Charmed' actress shows off shocking hair loss due to COVID-19
The 2021 Ikea catalogue has been revealed – and it is filled with ideas and inspiration
90-year-old grandfather comes out as gay in viral post and inspires millions!
Everyone wants to know what happened afterwards for Max and Janine on First Dates Hotel
Three children and two staff test positive for COVID-19 at Meath creche
83,000 people uninstalled Covid Tracker App following battery issue
You may also like
7 months ago
Kim Kardashian explains why Caitlyn Jenner didn't have family waiting after I'm A Celeb exit
8 months ago
Caitlyn Jenner shares sweet homecoming surprise from Kendall and Kylie after I'm A Celeb
8 months ago
'Live your life authentically' Caitlyn Jenner gives emotive Extra Camp interview
8 months ago
Caitlyn Jenner doesn't know any Kanye West songs
8 months ago
I'm A Celeb: Roman Kemp commenting on Caitlyn Jenner didn't go down well with fans
8 months ago
'Messed-up': I'm A Celeb viewers had a real issue with how last night's votes were announced
Next Page