Has Sophie Turner just told us she's not straight?

With Pride month well and truly in full swing, an array of celebrities have been celebrating all week but Sophie Turner made hers a little more personal.

The Game of Thrones actor took to Instagram stories earlier this week to celebrate pride and all things LGBT+ with stickers and gifs to spice it up. 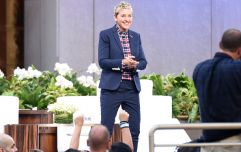 Ellen has banned one celebrity from her show

END_OF_DOCUMENT_TOKEN_TO_BE_REPLACED

She wrote on her story, along with rainbow gifs: "It’s muthaf***** #pride month babaaaayyyyy."

But there was one gif that caught a lot of people's attention, one nobody is 100% sure of the meaning behind.

Among the gifs, there was one that said: "Time isn't straight and neither am I." 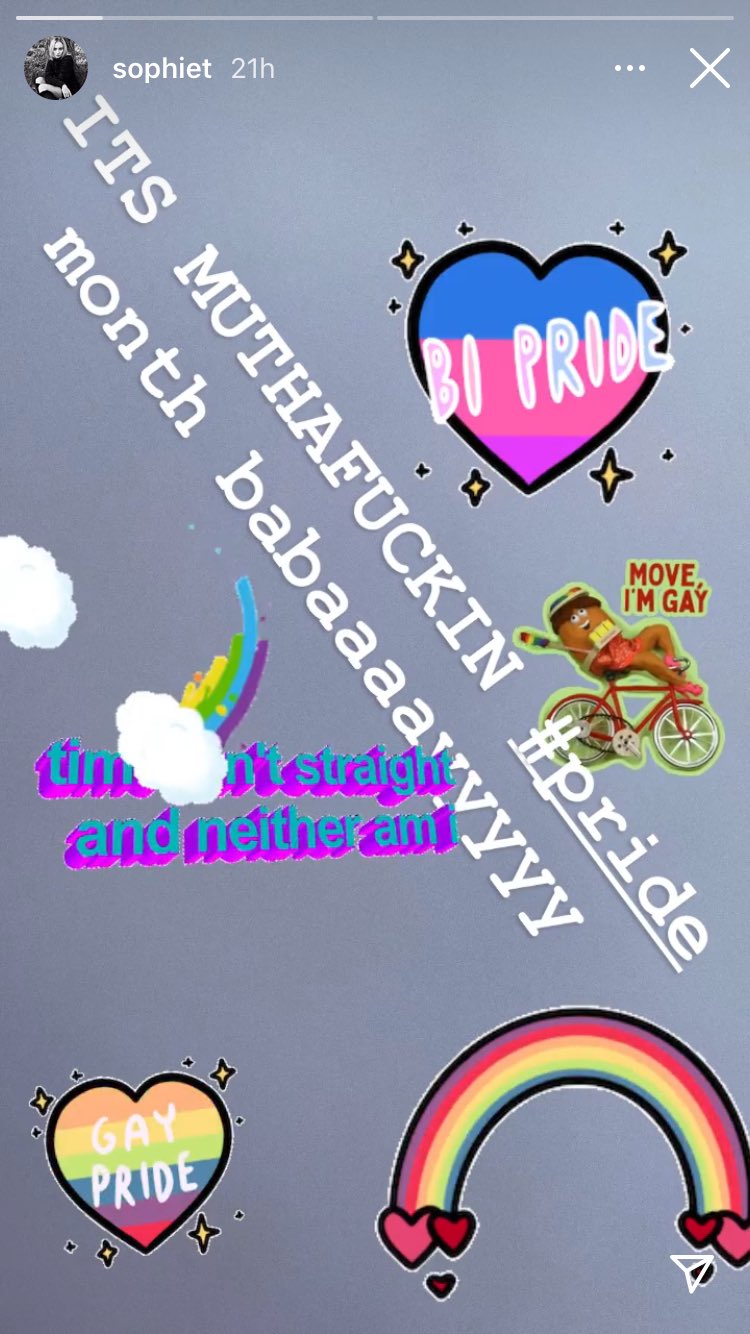 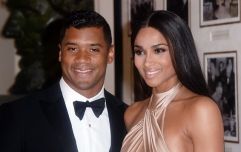 END_OF_DOCUMENT_TOKEN_TO_BE_REPLACED

And while it is just a sticker she chose, she also added stickers of the words "bi-pride", a person on a bicycle saying "move, I'm gay" and the bisexual flag.

Naturally, this whole post led many to believe that this was her way of telling the world that she's bisexual but Sophie is yet to confirm that this is what she meant by it.

Sophie and her husband Joe Jonas became parents last July for the first time to a baby girl named Willa.

Having kept the pregnancy and first year of their daughter's life quite private, it's no surprise that Sophie is so subtly coming out like this. 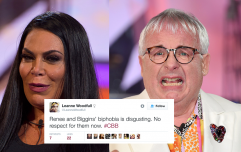 END_OF_DOCUMENT_TOKEN_TO_BE_REPLACED

And while she may keep her personal life to herself for the most part, the 25 year old has opened up on Instagram recently to tell her fans that motherhood is favourite role.

She wrote: "Im so grateful to the two loves of my life for making me a mama. @JoeJonas and my beautiful baby girl. Its my favourite job I've ever had."

Sophie is also set to return to our screens in a brand new true crime series from HBO, The Staircase.

Sophie is playing Margaret Ratliff, the adopted daughter of novelist Michael Peterson, who was accused of murdering his second wife Kathleen in 2001.

popular
Fans swear these Aldi buys are EXACT dupes of some very high-end beauty products
Eurovision producers reveal "irregular voting patterns" during Saturday night's final
Late Late Show viewers praise Mark Feehily for speaking about being fat-shamed in music industry
Sex educator Jenny Keane is back to answer more of your sex and pleasure questions
Why Are Men so Obsessed With Boobs? The Answer is Pretty Surprising...
Love Island's Millie received "nasty" comments about her weight on social media
Chrishell Stause's new partner G Flip on if they want children
You may also like
2 months ago
Limerick city gets its first pride rainbow crossing
5 months ago
People are loving this viral Christmas ad with a gay Santa
7 months ago
Outrage after woman diagnosed with "homosexuality" as "current illness"
8 months ago
Love Island boss says they're still trying to figure out how to make an LGBT version work
9 months ago
Amazon Prime launch new lesbian docu-series, and it's about time
10 months ago
Carl Nassib is the first NFL player to come out as gay
Next Page