SoSueMe once had a pretty mundane job (but she only lasted a day!)

Yep, the beauty entrepreneur explained in a recent post that she once had jobs completely unrelated to beauty and fashion before she finally finding her true passion for blogging.

In a post titled "5 Things You Didn't Know About Me", Suzanne revealed that she is a lover of a good King crisp sandwich, she bizarrely ate coal as a child and she once used to work in her local Maccy D's. 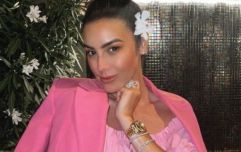 END_OF_DOCUMENT_TOKEN_TO_BE_REPLACED

Describing her previous job, Suzanne explained that it only lasted a mere day. Having returned from holidays after her Leaving Cert, like many of us, the Irish star was low on funds and needed a part-time job. She saw McDonald's were hiring, applied and luckily landed the job.

But it wasn't all smooth sailing... the 32-year-old revealed that a couple of hours into the job, she realised it wasn't for her. "On my trial day, after about two hours of trying to grasp the till system, truth be told, I just couldn’t get to grips with it and at this point, the manager was getting so annoyed with me that she instead took me off the tills and had me stand by the door handing out balloons."

"I think the nerves of starting a new job combined with the frustration of not being able to manage the tills had me nearly in tears and in a moment of upset, I decided it wasn’t for me. I finished the day, picked up my bag, left and never returned." 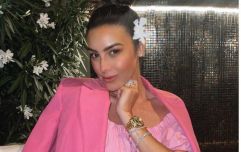 END_OF_DOCUMENT_TOKEN_TO_BE_REPLACED

Describing her embarrassment leaving the job at the time, Suzanne now looks back and thinks of it as part of learning who she was and what she was interested in, "we all have skills and strengths in different areas" she said.

The entrepreneur who is just home from Hong Kong looks forward to Christmas and the year ahead, announcing that she has three huge launches happening before Christmas.

popular
Late Late Show viewers are not happy with Ryan's questions for Billy Connolly
10 items from Zara for the perfect autumn capsule wardrobe
Apparantly, there is one colour you should never wear at a job interview
Friends actor James Michael Tyler has died, aged 59
Friends Star James Michael Tyler Files For Divorce
15 brilliant stocking fillers we are picking up from Penneys before they sell out
Dublin bridal shop donates their dresses to Barnardos every year
You may also like
5 months ago
Inside Scoop: Kim's Bridgerton obsession, Niall's investment, and SoSu's big move
5 months ago
Suzanne Jackson says she will "split time" between Portugal and Ireland
1 year ago
Suzanne Jackson shares emotional post to ring in the New Year
1 year ago
'It does eventually get boring': Suzanne Jackson opens up about starting a family
2 years ago
Suzanne Jackson has revealed that she's working on a new TV show
2 years ago
SOSU has just announced a new collection with a major UK celeb
Next Page