Spencer Matthews has revealed that there was one big mishap on his wedding day to Vogue Williams that led him to almost miss it entirely.

From the outset, their glamorous wedding in 2018 on his family's estate in Scotland seemed to run as smooth as could be, but that wasn't the case at all.

END_OF_DOCUMENT_TOKEN_TO_BE_REPLACED

Speaking with The Sunday Times, the Made in Chelsea star revealed that on the morning of his wedding, he almost didn't make it after he and Kate Middleton's brother James headed out on a boat over the lake on the Glen Aifric Estate.

Clearly losing track of time, the pair got wrapped up in their adventure and ended up having to really rush to make the ceremony on time.

Spencer explained: "I was still drinking when we got married in 2018 up in Glen Affric in Scotland, so there was plenty of champagne and whisky at the wedding.

"I took a paddleboard out on the loch in the morning with James Middleton. We mistimed it and only got in 15 minutes before the service." 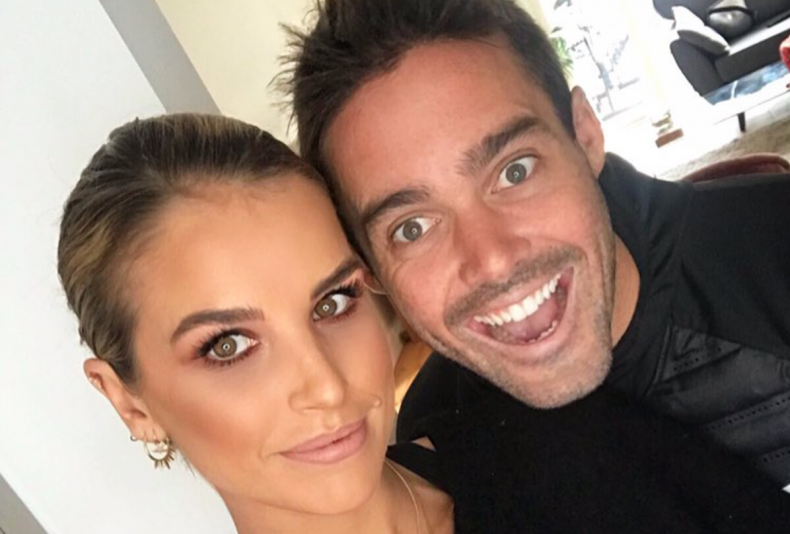 END_OF_DOCUMENT_TOKEN_TO_BE_REPLACED

But it didn't end there, Spencer also forgot to write his speech for the wedding and managed to pull something together with the help of some champagne and acting classes.

Speaking to Hello! magazine at the time, he said: "The strange thing is, and this is no joke, but because the whole thing was so casual, I didn’t write a speech.

"And it came to my attention as we were wandering over to what you’d call the grill room, that I was going to have to make one."

END_OF_DOCUMENT_TOKEN_TO_BE_REPLACED

Thank God everything worked out as the couple are now expecting their third child together. They are already parents to Theodore and Gigi.

Vogue and Spencer revealed last month that they were expecting their third child together, as well as announcing the gender of their new arrival.

The happy couple have been keeping fans updated on Vogue's pregnancy journey, they confirmed the pregnancy back in November, telling fans they were expecting the baby to arrive in April of 2022.

In a new interview with Hello Magazine, the same place the couple initially announced their baby news, the model and her husband revealed they are now expecting another little baby boy to join their family.

popular
Traditional names such as Mary, Maureen, John and Michael may soon be extinct
The 2 Johnnies share unbelievable catfish ordeal as woman 'targets 40 people'
Toddler drowns in swimming pool while on holidays in Costa Blanca
This is how much Kourtney and Travis' wedding cost
Kardashian fans in hysterics after Kim's vegan advert
Kevin Spacey charged with four counts of sexual assault against three men
Kylie Jenner fans are convinced she just announced her son's name
You may also like
17 hours ago
Vogue Williams opens up about being cheated on by "asshole" boyfriend
1 month ago
Spencer Matthews rules out moving back to Ireland with Vogue any time soon
2 months ago
Vogue Williams recounts faking an orgasm in front of her mother
2 months ago
Vogue Williams threatens to ban Spencer from the delivery room
3 months ago
Spencer Matthews makes a dig at "stupid" Irish names in latest podcast with Vogue Williams
3 months ago
Vogue Williams went to therapy after last big break up after noticing 'dating pattern'
Next Page