I'm A Celeb returned to our TV screens last night (Sunday 17) and what a first episode it was.

With a stellar lineup of campmates this year including Nadine Coyle, Roman Kemp, Kate Garraway, Andrew Maxwell, and Caitlyn Jenner, you know it's going to be nothing short of explosive.

In the first episode, we saw the contestants make a splash landing, climb to daring heights, canoe and skydive.

Caitlyn Jenner was among the campmates who had to skydive and revealed she had to do it as "everyone in my family has done it". 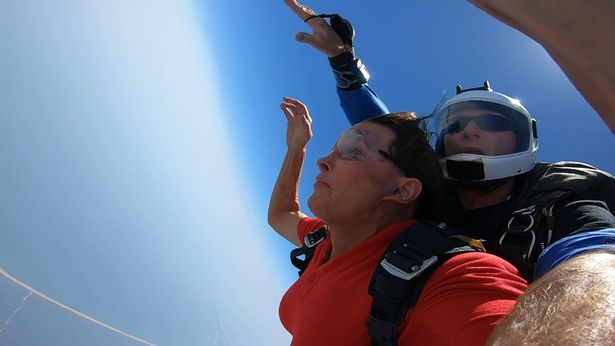 Before transitioning, Caitlyn used to be married to Kris Jenner and was known as Bruce Jenner. Alongside Kris the pair had Kendall and Kylie Jenner and Caitlyn became the stepdad to Kourtney, Khloe, Kim, and Robert Kardashian,

Caitlyn also starred in Keeping Up With The Kardashians for several series playing a dominant role in many episodes.

But last night, while making her debut on the show, Caitlyn briefly spoke about her family mentioning who has skydived before.

Tonight, we will see Caitlyn and Kate take on the Bushtucker trial as the star has already become a firm favourite according to those on Twitter.

popular
The First Quadrillionaire? Paypal Accidentally Gives Man $92 Quadrillion
Someone has ranked the penis size of men from all over the world
At least seven bodies have been found in search for Brian Laundrie
Why Are Men so Obsessed With Boobs? The Answer is Pretty Surprising...
Richard Madeley under fire for comments about Kate Middleton's waist
Gogglebox's Paige Deville never wants to speak to mum again after quitting show
Family of four found dead in hotel sauna
You may also like
2 months ago
I'm A Celebrity... will take place in Wales for second year running
9 months ago
I'm A Celeb producers book Gwrych Castle for 2021 series
10 months ago
I'm A Celeb end date confirmed as series wraps up early
10 months ago
Police investigating I'm A Celeb over fears non-native creatures are escaping
10 months ago
Ex-housemate has no sympathy for I'm A Celeb's Jordan North - because he let her gerbil die
11 months ago
Vernon Kay appears to be name dropping every celebrity on the planet on I'm A Celeb
Next Page