Stacey Dooley and Kevin Clifton have sparked engagement rumours after the documentary filmmaker was seen wearing a ring on the finger in question.

The pair were spotted traipsing around London over the weekend buying donuts and looking happy with a gold band clearly visible on Stacey's ring finger. 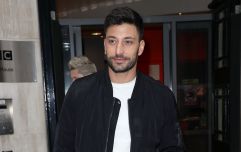 END_OF_DOCUMENT_TOKEN_TO_BE_REPLACED

The photos, which were obtained by The Sun, show the ring clearly visible despite Stacey's mass of layering.

A massive potential congratulations to all involved. Or not, because she could just be wearing a ring that happens to be on that finger.

This comes after the pair finally confirmed that they were, indeed, together after months of speculation.

The filmmaker shared a photo of herself and Kevin on her IG Stories looking fairly coupled up, with the professional dancer posting the same image. 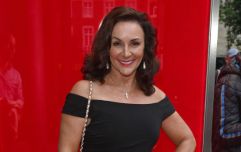 END_OF_DOCUMENT_TOKEN_TO_BE_REPLACED

The pair won the last series of Strictly Come Dancing, taking home the coveted glitterball trophy amidst rumours that there was something going on between them.

Stacey embarked on the Strictly tour soon afterwards, citing her hectic schedule as the reason behind her split from boyfriend, Sam.

However, a few weeks later, Sam claimed that Stacey had been receiving intimate messages from Kevin while she was competing in the BBC competition. 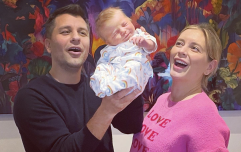 END_OF_DOCUMENT_TOKEN_TO_BE_REPLACED

Stacey provided her own rebuttal on the scenario by wishing Sam all the best and saying that nothing had been going on between herself and Kevin until after they ended their relationship.

Who to believe? Does it matter? Probably not.