She has an adorable reason for it.

Stacey Solomon announced this week that she's expecting another addition to her family, and her announcements don't stop there.

During an Instagram Q&A, Stacey revealed that she and her fiancee Joe Swash have decided to postpone their wedding, and the reason she gave has our hearts melting.

The Loose Women favourite told a fan that she wants all of her children to be able to attend her wedding, including the one on the way.

A fan asked her: "Do you think you'll get married before pickle arrives?" 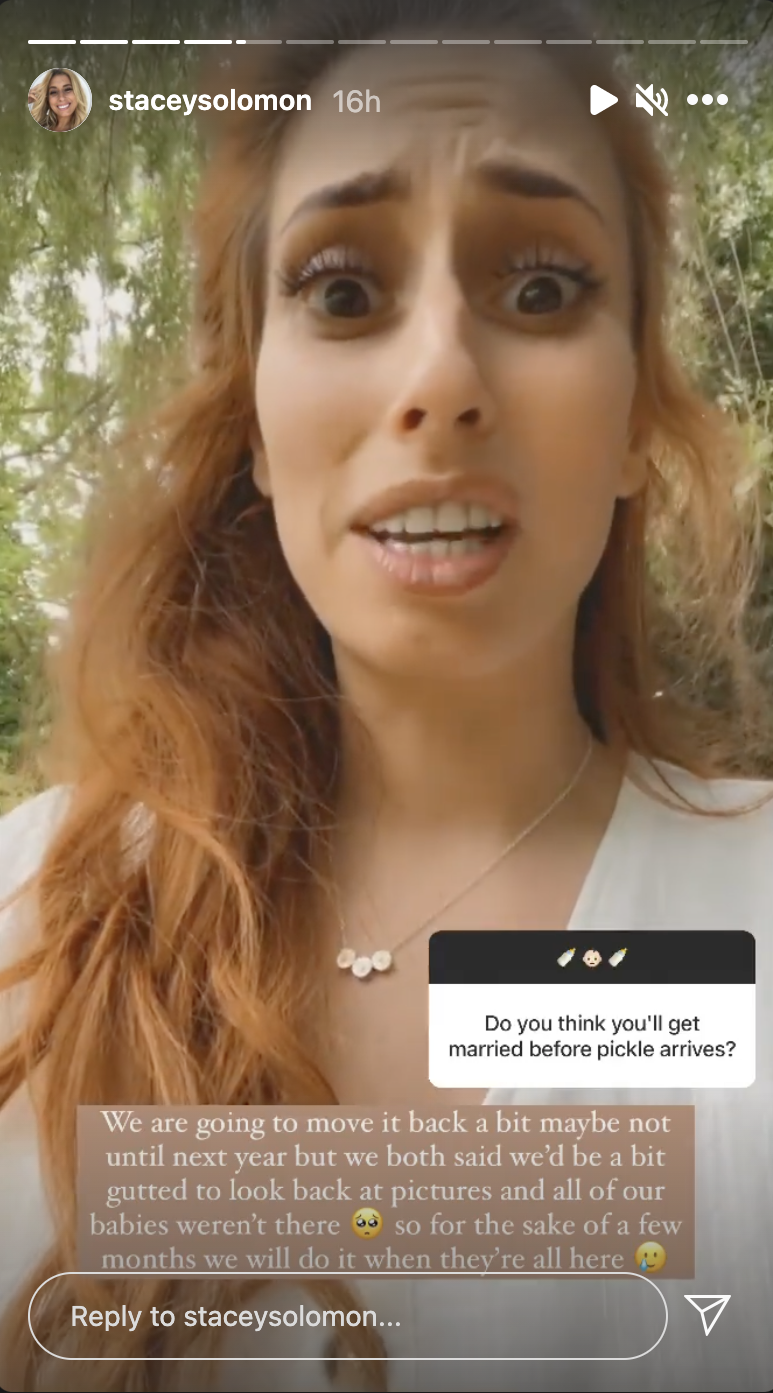 The 31 year old responded: "We are going to move it back a bit, maybe not until next year, but we both said we'd be a bit gutted to look back at our pictures and all of our babies weren't there."

"So for the sake of a few months, we will do it when they're all here."

Stacey and Joe were set to get married in July of this year, but by the sounds of things, it's looking like it'll be pushed back to the end of the year.

Stacey also spoke out about the baby's gender, and if she'll be revealing what it is to her fans. 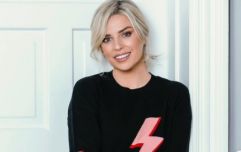 END_OF_DOCUMENT_TOKEN_TO_BE_REPLACED

Another fan asked: "Will you find out the babies gender this time or keep it as a surprise? So excited for you."

She answered: "Yes we are 100 per cent going to find out. I'm too impatient and I want to decorate the nursery with a theme so we really want to know."

"I will let you all know really soon".

Stacey and Joe announced her pregnancy when took to Instagram on Wednesday to reveal the news that she is expecting her fourth baby – after "quite a few" heartbreaking miscarriages.

"For a really long time we've been trying for another pickle," she said. "It didn't work out and this was our news quite a few times..."

Stacey's stories then flipped to a screen-grab of a form that sadly read: "Diagnosis based on ultrasound findings: complete miscarriage."

She went on to say: "We decided we were so lucky already to have our boys. It is our biggest privilege in life and we are so grateful to be parents, so we stopped trying and counted ourselves so so so blessed already."

Stacey then revealed that she had been feeling unwell the last while and decided to get checked out, and it was this ultrasound that revealed her happy news.