Congratulations are in order for singer Ed Sheeran and his wife, Cherry Seaborn, who have revealed they have just welcomed baby #2 to the family – after a top secret pregnancy. 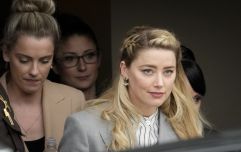 END_OF_DOCUMENT_TOKEN_TO_BE_REPLACED

Taking to Instagram late last night, the 31-year-old shared a picture of a white pair of baby booties and captioned the snap:

"Want to let you all know we've had another beautiful baby girl. We are both so in love with her, and over the moon to be a family of 4 x."

According to sources, the couple reportedly only confided in their closest family members about the pregnancy, and Sheeran's spokesperson confirmed to The Sun: 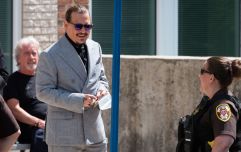 END_OF_DOCUMENT_TOKEN_TO_BE_REPLACED

"Ed and Cherry recently welcomed a beautiful baby girl and are on cloud nine.

'They're so excited for Lyra to have a little sister and the four of them are currently enjoying some precious family time before Ed heads back on tour.

'We are delighted for them, and we hope that you can respect their privacy at this special time."

Ed and Cherry are already parents to elder daughter Lyra Antarctica, 21 months, whom they welcomed in August 2020. 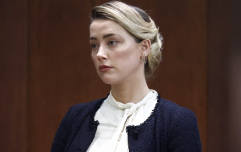 END_OF_DOCUMENT_TOKEN_TO_BE_REPLACED

Back in November, Sheeran spoke publicly about how having his daughter Lyra Antarctica was a "blessing" and a "miracle" after the couple was struggling to conceive.

The singer told US radio's The Breakfast Club how they had booked doctors' appointments to check everything was okay after "trying to have a kid for a while."

They then welcomed their first child last August, after conceiving naturally during a holiday in 2019 to Antarctica - which inspired the unusual name.

"We had tried for a while to have a kid, and we'd started going to doctors and figuring out what was up," the 31-year-old explained.

"I did think it was a miracle, so that's why I was like, we should have this in the name. A lot of it is mental. It's about relaxing. So many of my friends have been trying different things like IVF or making sure you're having sex at the right time on the right day, and then they go to a wedding and get p*ssed and relax and they get pregnant."

He added: "It's not a given. It is a real blessing when it happens."

popular
Love Island’s Afia explains why Gemma’s dad has not been mentioned on show
Love Island fans concerned over "bullying" of Ekin-Su
Two dumped islanders have confessed their feelings for each other since leaving the villa
Shaughna Phillips brands Love Island heart rate challenge "fixed" and "vile"
Love Island fans are in shock after new boy Charlie revealed his age
Brian Laundrie's parents could stand trial as civil lawsuit begins
Ryan Tubridy has heartwarming reunion with Toy Show star Saoirse Ruane
You may also like
1 day ago
7-year-old Irish girl dies after incident in Spanish hotel pool
1 week ago
The little girl who played baby Anna on Derry Girls has been diagnosed with leukaemia
1 week ago
UK lined up to host Eurovision 2023 after organisers rule out Ukraine show
1 week ago
Double-decker aeroplane seats could become a thing soon, unfortunately
1 week ago
Joker 2: Lady Gaga reportedly in talks to play Harley Quinn in sequel
1 week ago
Flexible working, child sick days – the proposed Work Life Balance Bill is a game-changer
Next Page